China said on Thursday a U.S. warship had illegally entered its territorial waters in the South China Sea, the latest salvo in the two nations’ dispute over Beijing’s territorial claims in the busy waterway, APA reports citing Reuters.

In a statement, the Chinese military's Southern Theater Command said the USS Curtis Wilbur entered the waters near the Paracel Islands without permission, adding that its ships and planes followed the U.S. vessel.

It added that China opposed the U.S. action, which it said violated its sovereignty and undermined regional peace and stability.

South China Sea has emerged as one of many flashpoints in the testy Sino-U.S. relations, with Washington rejecting what it has called unlawful territorial claims asserted by Beijing in the resources-rich waters. U.S. warships have passed through the South China Sea with increasing frequency in recent years, a show of force against the Chinese claims.

The U.S. Navy said later on Thursday the USS Curtis Wilbur "asserted navigational rights and freedoms" near the Paracel Islands, over which China, Taiwan and Vietnam all claim sovereignty.

“The unilateral imposition of any authorization or advance-notification requirement for innocent passage is not permitted by international law,” the U.S. Navy’s 7th Fleet said in a statement. 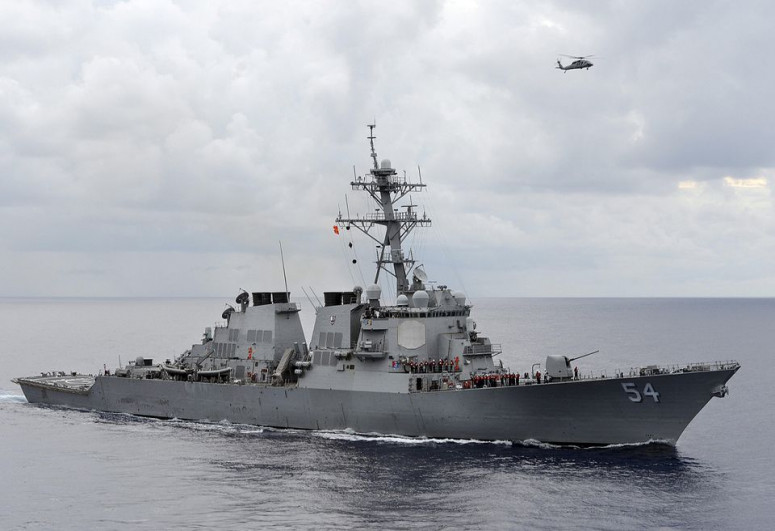