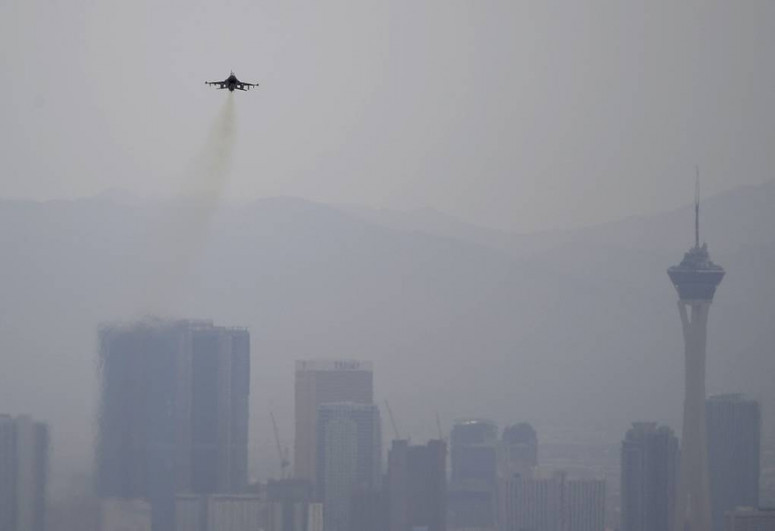 A contractor-operated Dassault Aviation Mirage F-1 has crashed near Nellis Air Force Base in Nevada, according to military officials, and the pilot reportedly has died, APA reports citing The Atlanta Journal Constitution.

Clark County Fire Department officials confirmed the pilot was killed in the plane crash, according to reporter Orko Manna, but it is unknown whether the pilot died in or after the crash.

The National Transportation Safety Board is investigating the Mirage F-1 crash, and an investigator is en route to the crash scene, officials announced Monday night.

Black smoke rose from the crash scene and was seen for miles, according to multiple reports.

The plane crashed in a yard where a neighbor, Alex Reyes, told the Las Vegas Review-Journal he heard a loud thump and then saw black smoke billowing from the home.

Neighbor Eugenia Brackeen told the newspaper she heard a boom so loud that she couldn’t hear her television. She said her power went out for a short time.

Witnesses posted online images of a plume of smoke not far from a southern fence to the base, of city and base fire crews arriving, and a helicopter circling.