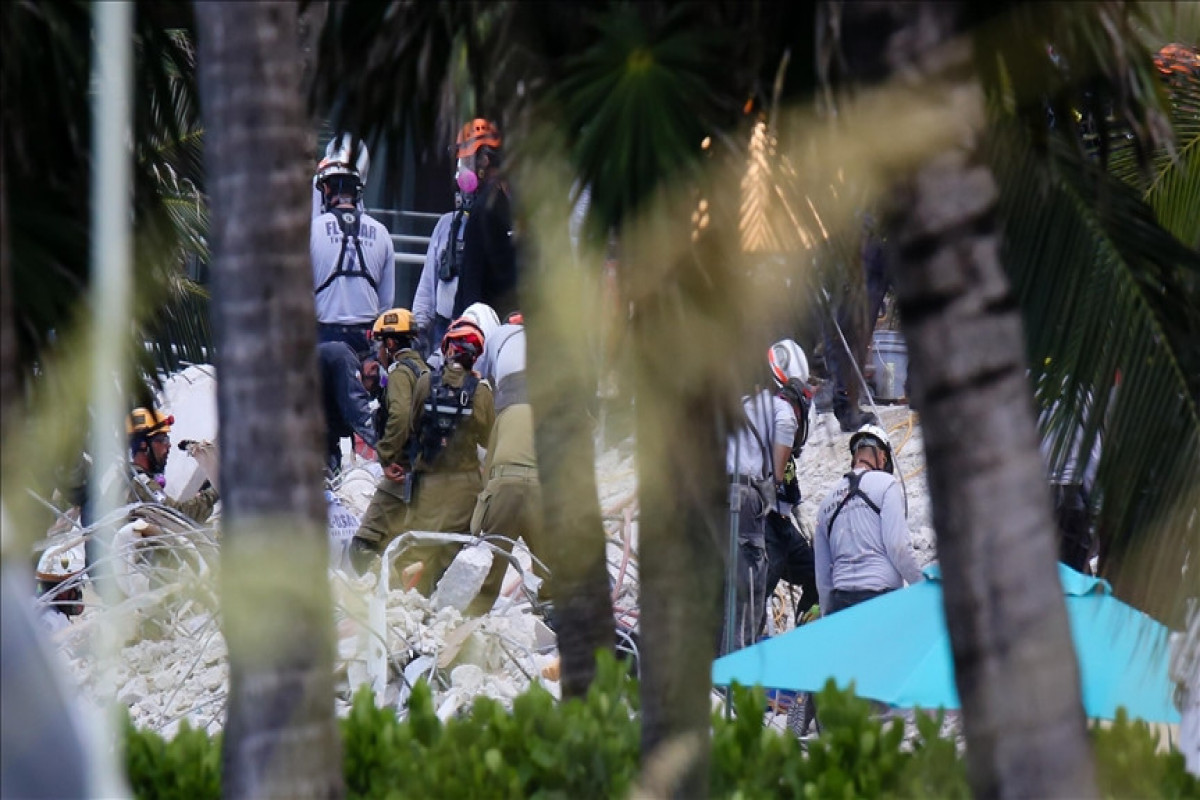 With the remaining portion of the Champlain Towers South condominium building now demolished, the mayor of Miami-Dade County, Florida said three additional victims had been pulled from the rubble of the initial collapse on Monday, APA reports.

The death toll now stands at 27, with 118 still unaccounted for.

About half of the 12-story condo tower collapsed 12 days ago, and since then, only one person has been pulled alive from the rubble, early on the morning of June 24.

Sunday night, around 10:30 p.m. local time, a controlled demolition brought down the remaining half of the building on the opposite side of the rubble from the initial collapse.

A little over an hour later, search efforts resumed on that pile.

Search and rescue teams said the standing portion of the building was becoming a roadblock to rescue efforts, since searchers could not get to parts of the existing pile with the threat of a second collapse.

Approaching Tropical Storm Elsa added urgency to the decision to tear down the remaining structure, since high winds might topple it.

The mayor of Surfside, Florida, where the building stood, said the approaching storm was actually a "blessing in disguise" to getting the remaining structure demolished.

The storm is expected to bring heavy winds and rain to the Miami area over the next couple of days, but the bulk of the storm will remain along the western half of the Florida panhandle.

Cava said on Monday that millions of dollars had been raised from around the world -- "overwhelming generosity," she said -- to help those who lost loved ones and their homes and possessions. She said the Federal Emergency Management Agency had been assisting since the beginning of helping victims with insurance claims.

And she praised the "great lengths" fire and rescue teams took to recover any pets that were in the remaining structure before it was brought down.

She said teams conducted full sweeps of the building, including checking under beds and inside closets, using ladders, live animal traps, and drones with thermal imaging, all "at great personal risk to our first responders."