Death toll in Florida condo collapse at 20, firefighter's daughter among the dead 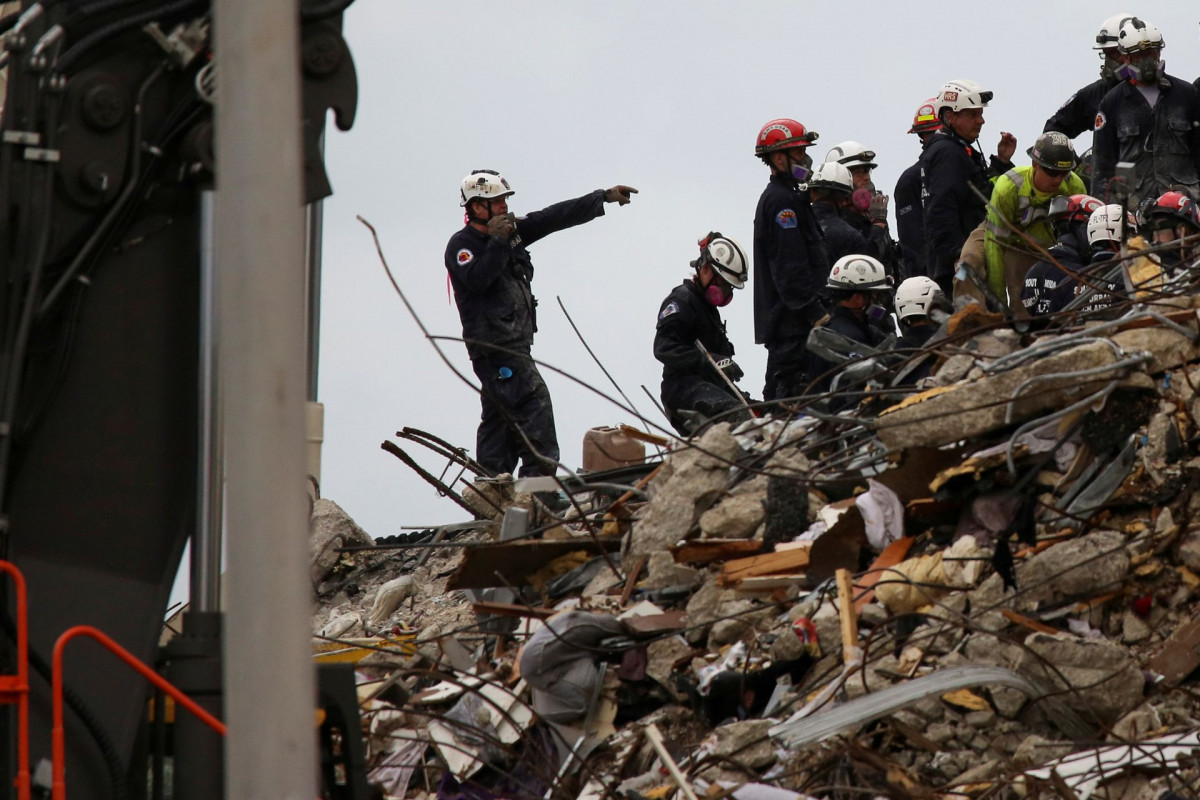 The painstaking search for victims in the rubble, suspended for much of Thursday over worries that a remaining section of the 12-story tower could come down, proceeded on Friday with greater caution and a watchful eye on a hurricane forecast to hit Florida.

As of Friday afternoon 128 people were listed as missing and feared buried beneath tons of pulverized concrete, twisted metal and splintered lumber as the search stretched into its ninth day.

The number of people on the missing list dropped by 17 from Thursday. Miami-Dade Mayor Daniella Levine Cava told reporters that the totals were fluid and sometimes revised when investigators learned of additional family members when determining whether missing residents were safe.

The body of the firefighter's daughter was the third child fatality to be recovered from the debris in the oceanfront town of Surfside, next to Miami Beach. Miami Mayor Francis Suarez told the Miami Herald that the firefighter was at the recovery site at the time, though not digging through the rubble.

The firefighter and his brother, also a firefighter, have kept a vigil at the site since last week, waiting until the girl was discovered, the paper reported. About 200 officers saluted as her body was carried away, the Herald said.

"Every victim we remove is very difficult," Miami-Dade County Fire Chief Alan Cominsky. "Last night was even more, when we were removing a fellow firefighter's daughter. As firefighters, we do what we do - it's kind of a calling. But it still takes a toll."

No survivors have been pulled alive from the ruins since the first few hours after the Champlain Towers South tower partially caved in on itself early on June 24 as most residents slept.

Authorities halted the search early on Thursday after engineers detected movement in the debris pile, raising concerns that the remaining section of the tower might topple onto rescue workers.