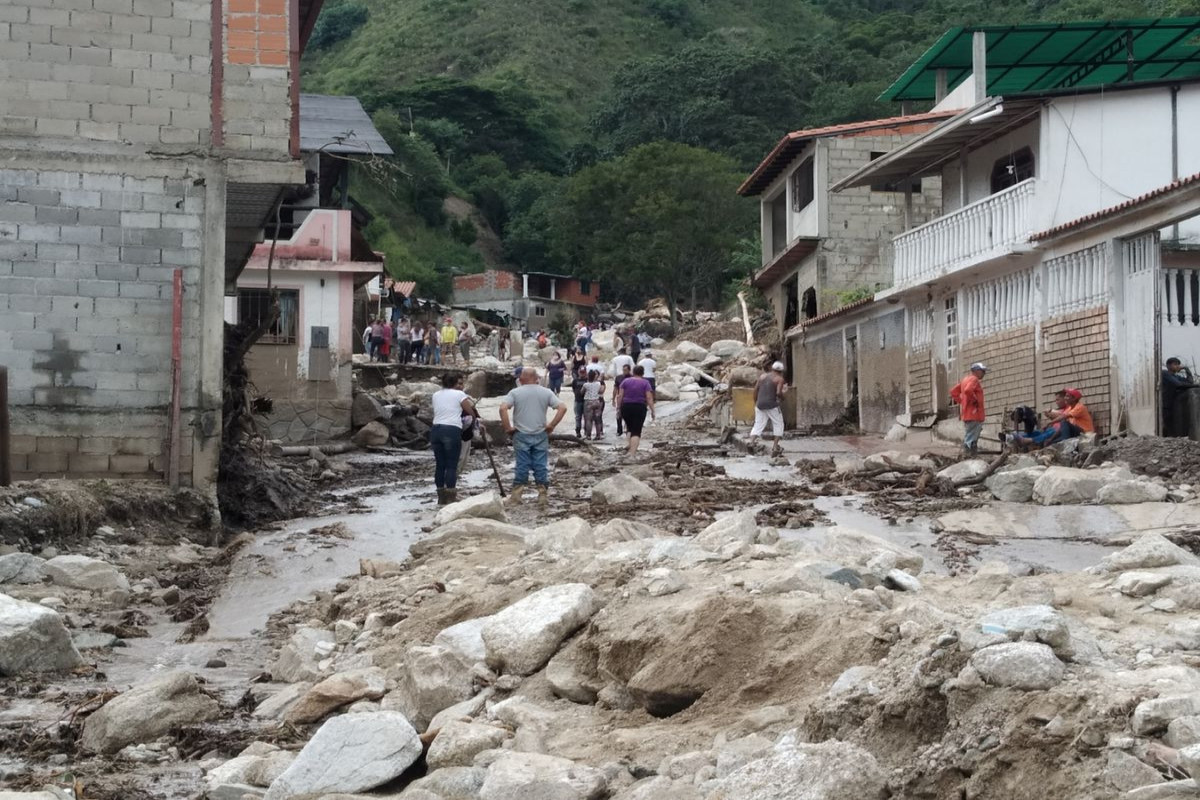 At least 16 people have died in the western Venezuelan state of Merida following intense rains that have triggered mudslides and caused rivers to overflow, APA reports quoting Reuters.

State governor Ramon Guevara told Reuters on Wednesday that more than 1,200 houses had been destroyed and 17 people remained missing as well, as rescue workers continue to scour the wreckage.

"Let's try not to make this political or ideological," Guevara, a member of the Democratic Action opposition party, said. "Lets all look for solutions to the problem."

Images shared on social media showed cars being swept down streets, buildings and businesses filled with mud, and mudslides that left boulders strewn across roads.

He added that neither the state nor municipal governments have the resources to help the affected areas, but said that he had charged infrastructure specialists with working with Caracas to repair buildings and roads.

"We remain in a state of emergency on the instructions of our commander-in-chief Nicolas Maduro Moros," Remigio Ceballos, minister of the interior, said on state television on Wednesday.