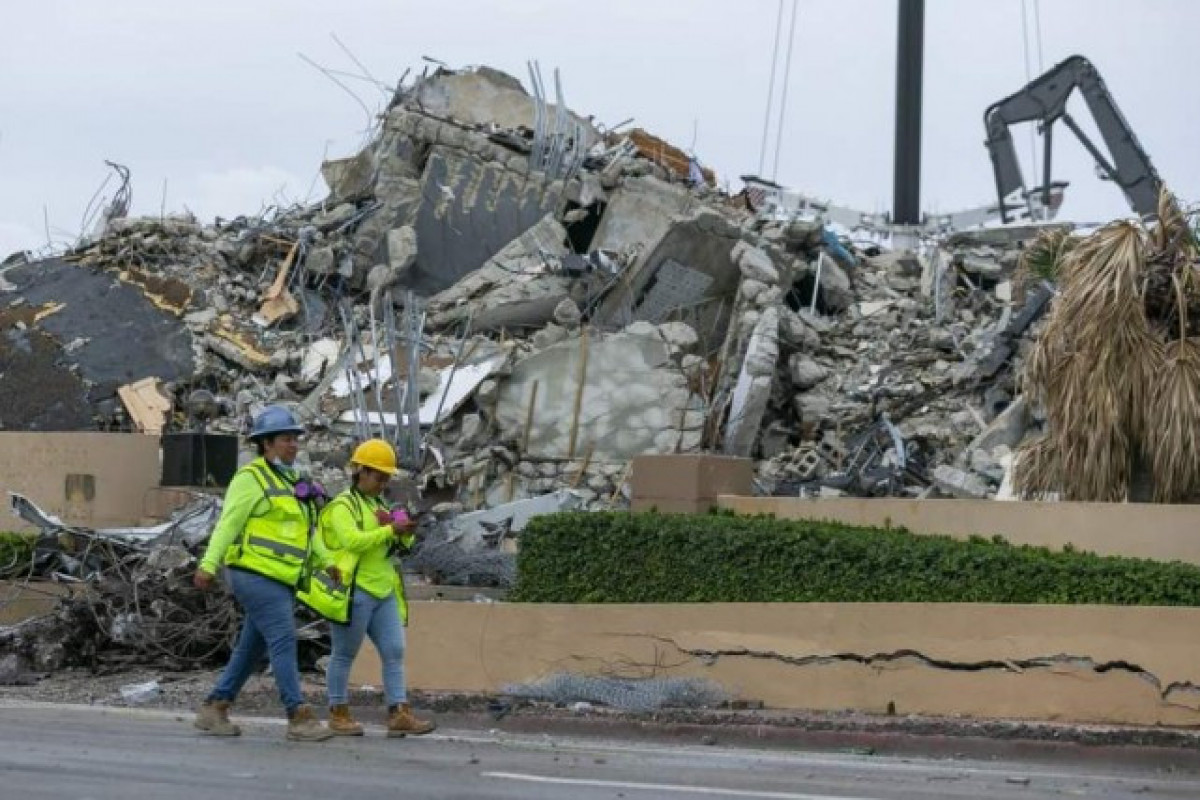 The confirmed death toll in the partial collapse of a 12-story residential building in Surfside, in the southeastern U.S. state of Florida, has risen to 46 after the search and rescue team discovered 10 more victims in the rubble, local media reported on Wednesday, APA reports citing BBC.

Miami-Dade Assistant Fire Chief Raide Jadallah told family members in a private briefing on Wednesday morning that 10 more bodies and additional human remains had been pulled from the site of the collapse.

Among the 46 victims, only 32 have been identified, said Jadallah.

The search reached its 14th day on Wednesday and more than 100 people were still unaccounted for.

Tropical Storm Elsa, with strong winds and heavy rains, is expected to make landfall along the north Florida Gulf Coast late on Wednesday morning, forecasters said. As many as 13 million people in parts of the southern United States are under a tropical storm warning.

The storm has the potential to dump up to nine inches (228.6 mm) of rain in some parts of Florida before traveling north and bringing stormy conditions to the southern U.S. states of Georgia and the Carolinas. However, it's forecasted that the Miami region will avoid the worst of the storm.

Since the collapse, multiple Miami-area buildings have been evacuated, local media reported.