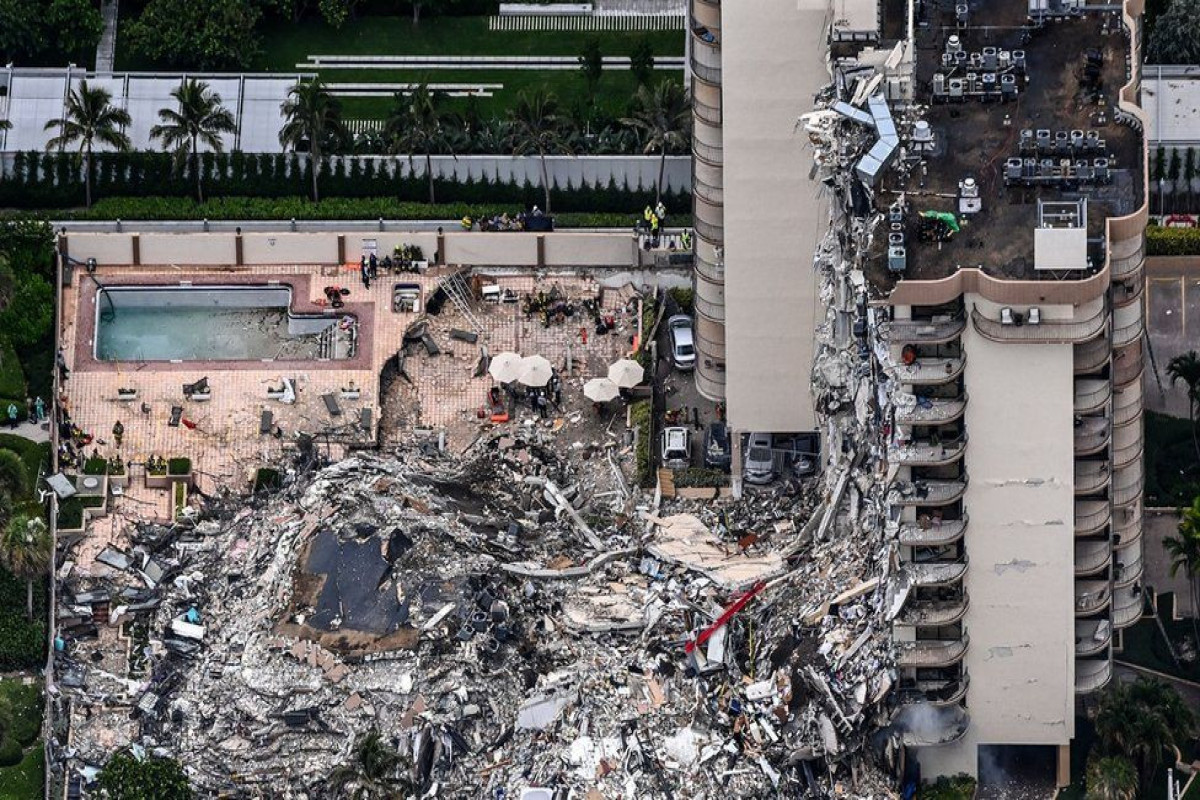 The number of people listed as missing after the collapse of a 12-storey building in the US city of Miami has risen to 159, officials say, APA reports citing BBC.

Four people are known to have died.

The mayor of Miami-Dade says they "still have hope" of finding survivors. Search teams working around the clock have reported hearing people banging beneath the debris.

What caused the 40-year-old building to collapse early on Thursday morning remains unclear.

At least 102 people have now been accounted for, but it is uncertain how many were in the building when it came down. Dozens of people have been evacuated from what is left of the structure.

Overnight hundreds of rescuers used sonar cameras and specially trained dogs as they scoured the rubble for survivors. Teams were tunnelling from an underground car park below the building in an effort to reach victims.