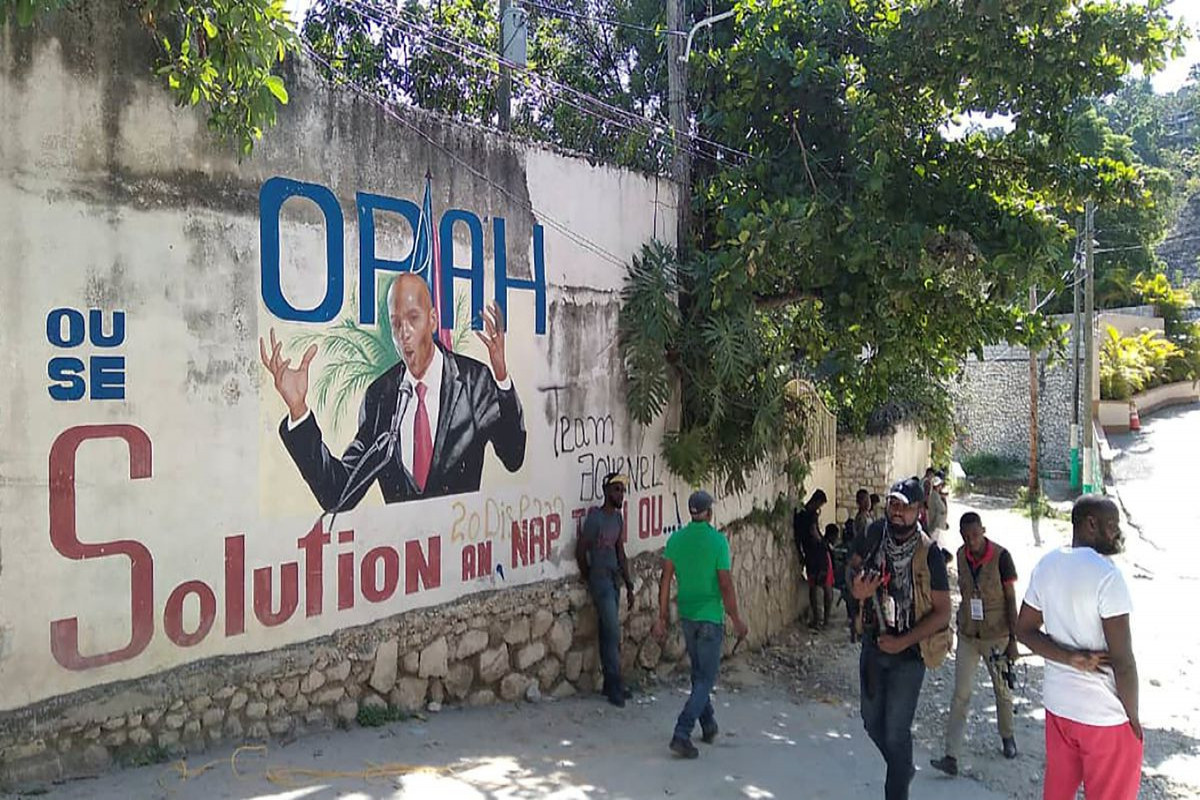 A heavily armed commando unit that assassinated Haitian President Jovenel Moise was composed of 26 Colombians and two Haitian Americans, authorities said on Thursday, as the hunt went on for the masterminds of the killing, APA reports quoting Reuters.

Moise, 53, was fatally shot early on Wednesday at his home by what officials said was a group of foreign, trained killers, pitching the poorest country in the Americas deeper into turmoil amid political divisions, hunger and widespread gang violence.

Authorities tracked the suspected assassins on Wednesday to a house near the scene of the crime in Petionville, a northern, hillside suburb of the capital, Port-au-Prince. A firefight lasted late into the night and authorities detained a number of suspects on Thursday.

Police Chief Charles Leon paraded 17 men before journalists at a news conference late on Thursday, showing a number of Colombian passports, plus assault rifles, machetes, walkie-talkies and materials including bolt cutters and hammers.

"Foreigners came to our country to kill the president," Charles said. "There were … 26 Colombians, identified by their passports … and two Haitian Americans as well.”

He said 15 Colombians were captured, as well as two Haitian Americans. Three of the assailants were killed and eight remained on the run, Charles said.

Colombian Defense Minister Diego Molano said in a statement that preliminary information indicated that Colombians involved in the attack were retired members of the country's military. He said Bogota would cooperate in the investigation.