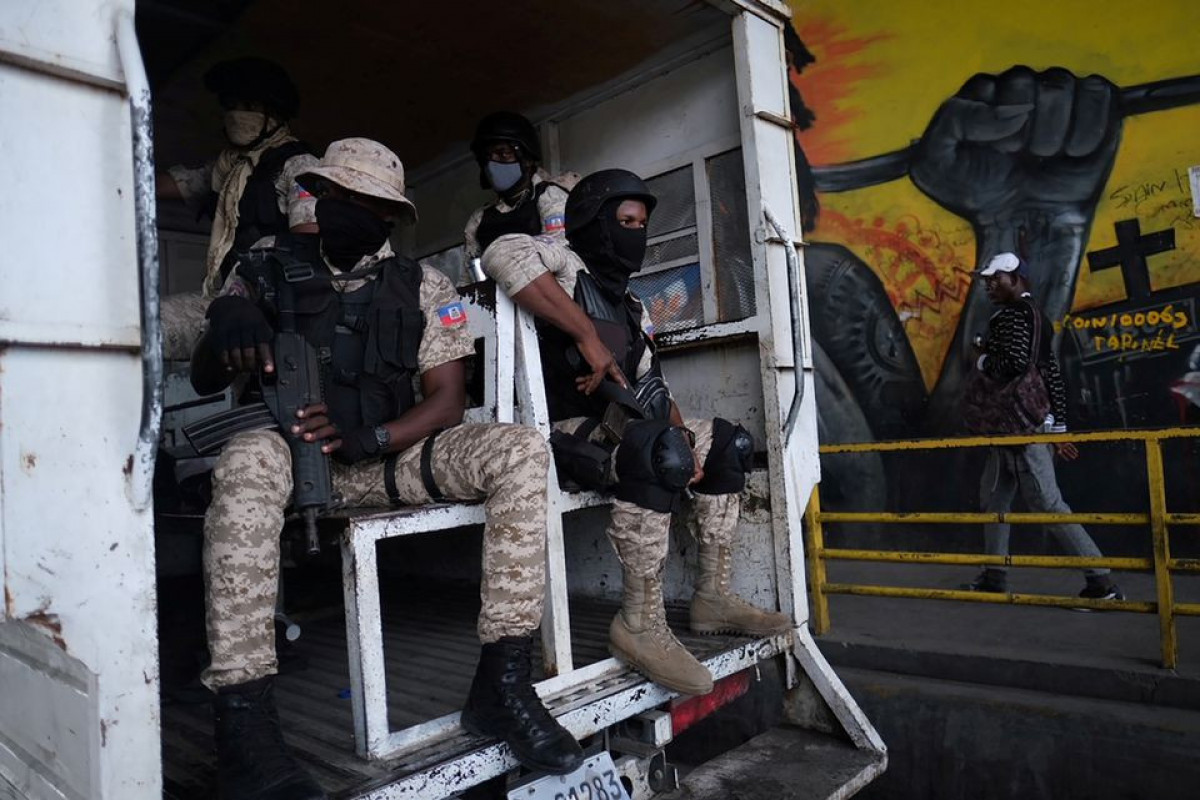 A troubled past of foreign military intervention has made many Haitians anxious or hostile to calls requesting U.S. or other foreign troops be sent to the Caribbean nation in the aftermath of last week's assassination of the President Jovenel Moise, APA reports citing Reuters.

Acting Prime Minister Claude Joseph has asked for troops from both the United States and the United Nations, which were reviewing the requests as the Caribbean nation spiraled deeper into turmoil following Moise's killing.

Joseph pitched the idea as a way to safeguard key infrastructure such as the capital's airport and main sea port. However, the idea has met resistance from opposition groups, as well as retired soldiers in the country and ordinary citizens.

"We don't want other countries to impose a government on us," said Jose Maslin, 55, who repairs televisions and radios for a living, standing beneath a highway overpass in the capital's western Delmas neighborhood.

On Tuesday, the Haitian Military Association, which represents retired officers, called on Haitian society to spare Haiti the "humiliation" of foreign intervention.

The association sharply criticized what it described as the lack of "patriotic" planning by the acting government, which it accused of opting "to rush into the ease of a request for intervention on national territory," according to a statement.

Another group, representing civil society, called for a "Haitian-led" solution to the country's crisis.

Such views can be traced to a long history of foreign military footprints in Haiti, including a 1915 U.S. occupation that lasted 20 years, and more recent U.N. and U.S. troop deployments following political turmoil and natural disasters.

The White House on Monday said it had not ruled out the possibility of troops, although U.S. officials have said the Pentagon sees no need to deploy. Washington sent a small group of fewer than a dozen personnel to shore up security at the U.S. embassy in Port-au-Prince after the attack. read more

"For far too long, foreign actors have sought to impose solutions from abroad," Johnston said. "Those interventions bear significant responsibility for the current situation in Haiti and for the long-term undermining of Haiti's democracy."

Alex Dupuy, a Haitian sociologist at Wesleyan University in Connecticut, said, "Foreign intervention is not the solution, the solution is a more accountable system of government but also greater economic opportunities and the creation of a better economy."

The streets of the capital remained calm on Tuesday, despite calls for protests from a gang leader. Gangs remain in control of parts of the city, including key fuel supply routes.

Tires were set ablaze at makeshift blockades, including in front of the Justice Ministry where prosecutors interviewed witnesses to the assassination or others who may have information about the plot, including senior opposition figures.

Hoping to sell colorful clothes spread out on a plastic tarp on a busy street corner, 39-year-old Judithe Volcy said foreign troops would be unable to solve Haiti’s deeper problems.

"Look, Haiti’s economy is in horrible shape. Everything is so expensive. So many people just leave for the countryside, or those with money, leave for other countries," she said.