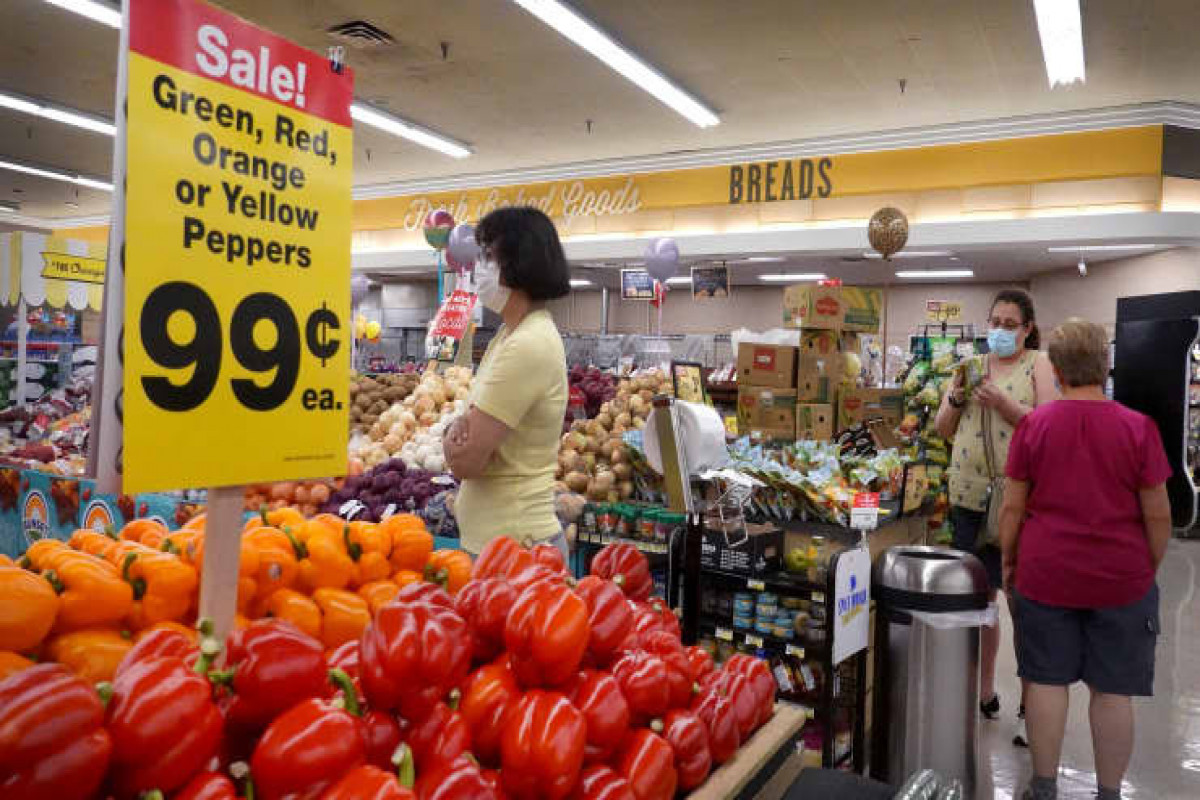 The June Survey of Consumer Expectations showed that median inflation expectations over the next 12 months jumped to 4.8%, a 0.8 percentage point rise from May and the highest reading in history for a series that goes back to 2013, APA reports citing CNBC.

While the outlook for the next three years remained unchanged at 3.6%, that is still well above the 2% level that the Fed considers healthy for a growing economy.

Central bank officials have been insistent that the recent inflation spike won’t last. They projected at their June meeting that their preferred gauge would show a 3% gain in 2021 but then recede to 2.1% in subsequent years and settle around the target range thereafter.

A Fed report released Friday that Chairman Jerome Powell will present to Congress this week reiterated the central bank’s position that the current inflationary pressures are “transitory” and largely the result of supply chain bottlenecks and other factors likely to abate as the economy returns to its post-pandemic normal.

More inflation indicators are on the way this week. The June consumer price index, which factors less into the Fed’s decision-making than the personal consumption expenditures price index, is expected to show a 5% year-over-gain, matching the May level which was the highest since August 2008. Stripping out volatile food and energy prices, the CPI is projected to rise 4%, up from 3.8% for what would be the highest since January 1992.

Consumers surveyed by the New York Fed expect the home price acceleration to continue at a 6.2% annual pace, the same as in May, though the uncertainty range around that projection was the highest in series history.

Workers see earnings rising by 2.6% on a 12-month basis, the highest since the pandemic began in March 2020.

Expectations that the unemployment rate will be higher in a year fell to 30.7%, the lowest in series history.