Lavrov and Blinken assessed results of the meeting 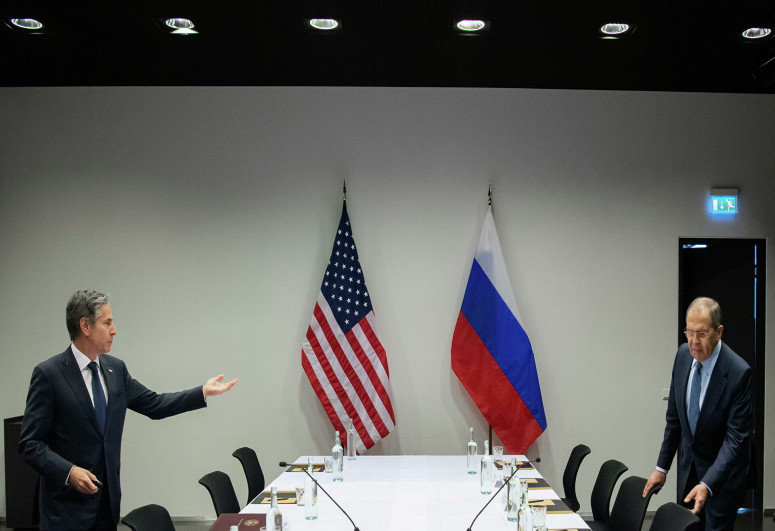 Russian Foreign Minister Sergey Lavrov has noted that the meeting with US Secretary of State Antony Blinken in Reykjavik was constructive, APA reports citing RIA-Novosti.

Russian FM noted that there is a conception between the parties on overcoming the unhealthy situation in relations between Moscow and Washington in previous years. The minister has also touched upon the situation regarding the work of the diplomatic mission in Russia and the US. He noted that no one agrees with the chain reaction to the closure of diplomatic missions.

According to him, the onset of these blows has occurred when President Obama left the White House.

“I also felt this feeling in our American counterparts,” said S. Lavrov

Russian FM has also noted that he has discussed a number of international issues, including the situation on the Korean Peninsula and Afghanistan, the resumption of the Joint Comprehensive  Plan of Action on Iran's nuclear program with his American counterpart.

US Secretary of State has also noted in his turn that despite discord, Russia and the US may cooperate in several directions.

“If the country leaders cooperate, the world will be safe. At the same time, I reiterate our determination regarding Russia’s actions to Ukraine, radio “ Liberty” and Alexei Navalny” said US Secretary of State.

Note that the negotiations continuing about two hours in Reykjavik between the parties are the first meeting of the parties. The meeting has been held within the framework of the Arctic Council Ministerial meeting.