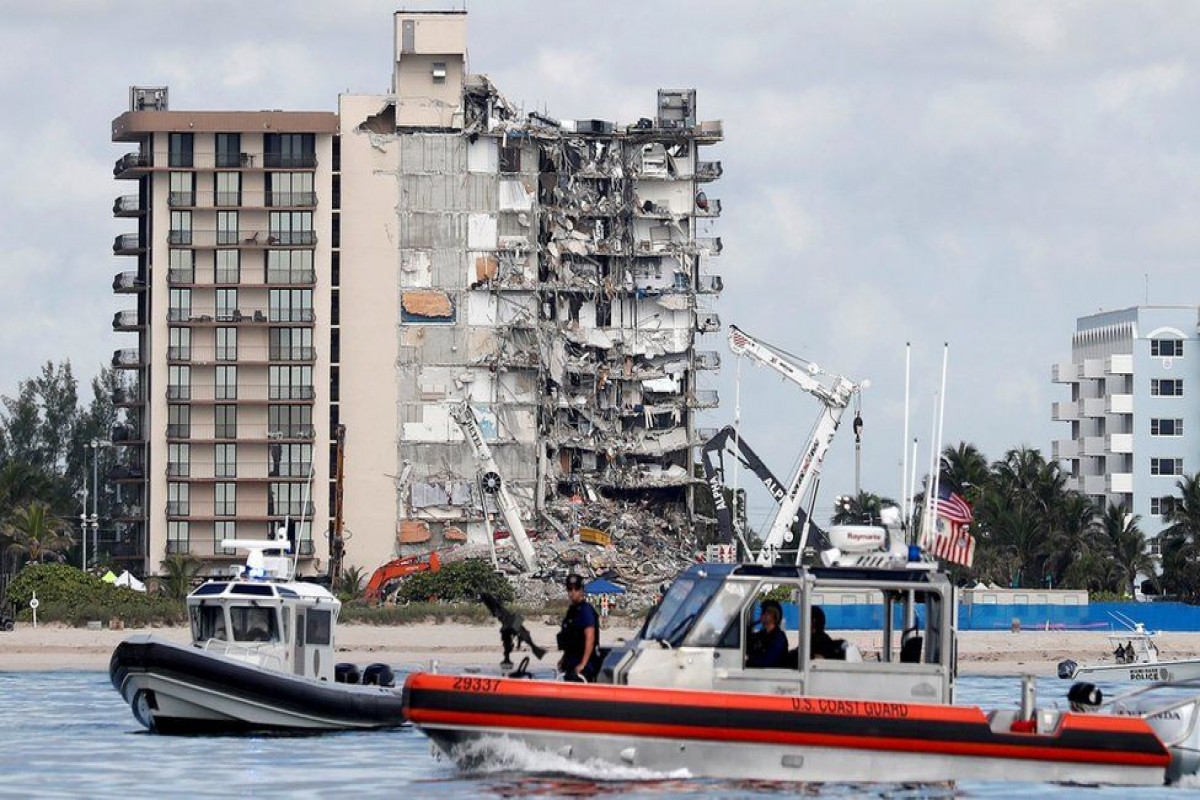 Search efforts for possible survivors in the rubble of a partially collapsed apartment block near Miami have been suspended ahead of the controlled demolition of the rest of the building, APA reports citing BBC.

Teams are preparing to bring down the remaining structure using explosives.

The demolition of Champlain Towers South was brought forward over safety fears due to an approaching storm.

Part of the 12-storey block collapsed on 24 June. Twenty-four people are known to have died and 121 are missing.

No survivors have been pulled from the rubble at the site in the Miami suburb of Surfside since the first few hours after the structure's collapse.

The families of the missing were told in advance of the decision to pause the search effort, Miami-Dade County Mayor Daniella Cava Levine said.