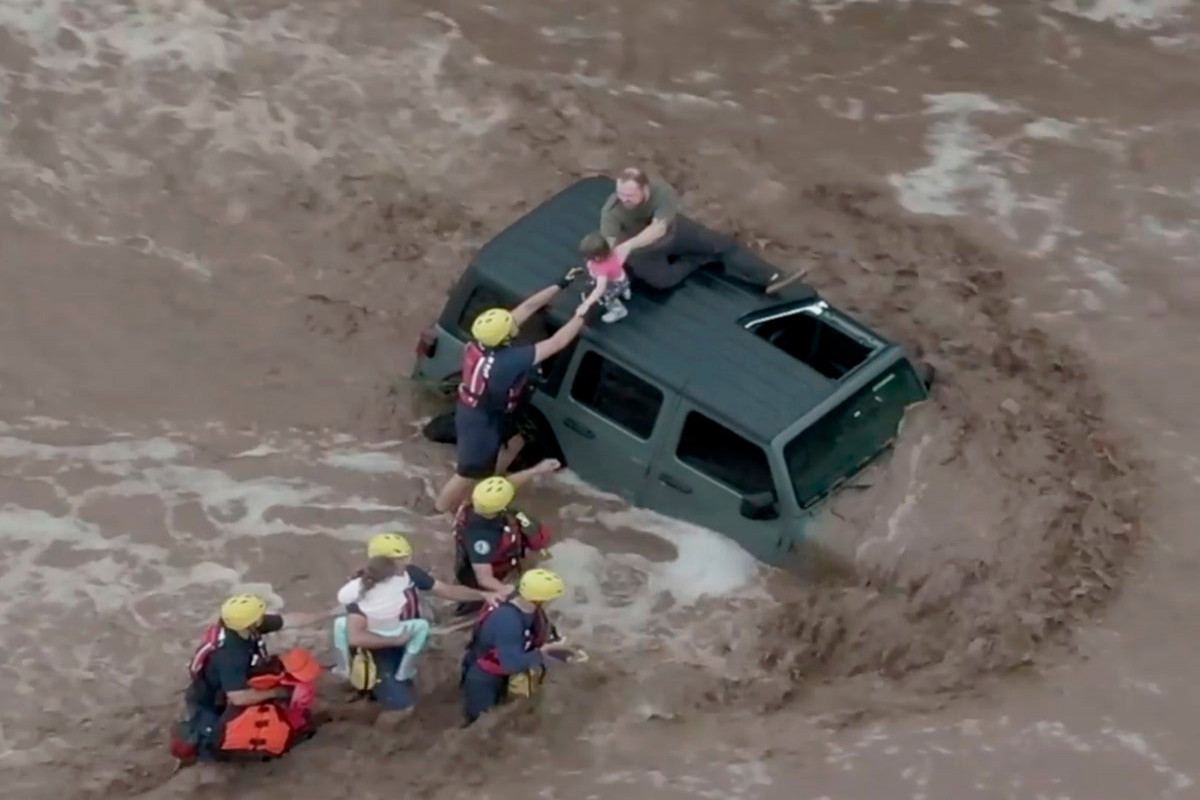 A flash flood in the U.S. Grand Canyon National Park left a female tourist dead while some others were rescued from the dangerous waters, the National Park Service (NPS) said, APA reports citing Xinhua.

According to a press release issued by the NPS on Friday, the authorities received a report Wednesday evening saying two individuals missing and multiple people injured after flash flood struck a camp site on the Colorado River. After rescue teams arrived at the scene amid active monsoonal weather, they sent five people to nearby hospitals in two days by helicopters.

On Thursday, one of those missing was found alive and unhurt, but the second, Rebecca Copeland, 29, from Ann Arbor, was dead, the park service said. They were found by people on a commercial river trip.

The NPS warned that flash floods are common in the desert southwest, including northern Arizona.

Arizona, where most part of the Grand Canyon National Park is located, has been receiving monsoonal rains this week, which caused flooding in parts of the state, including Flagstaff, a city close to the south gate of the park.