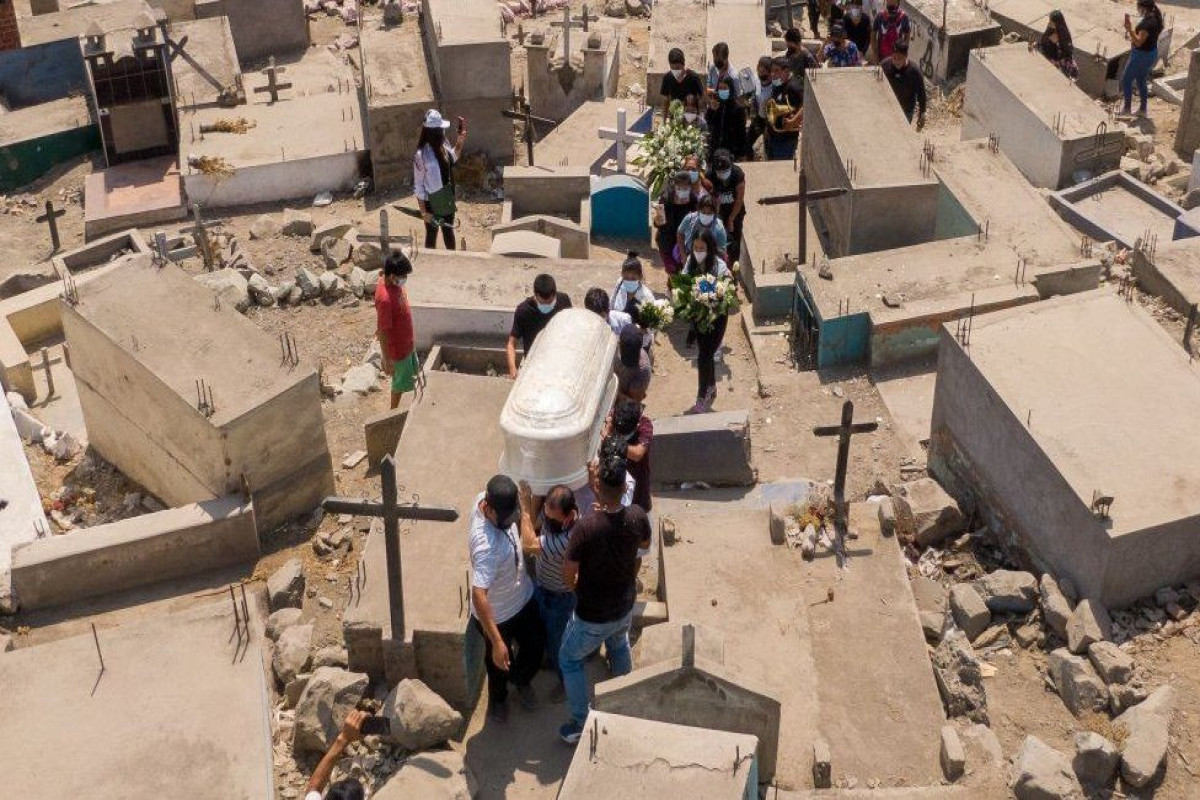 Peru has more than doubled its Covid death toll following a review, making it the country with the world's highest death rate per capita, according to Johns Hopkins University data, APA reports citing BBC.

PM Violeta Bermudez told reporters that the number was increased on the advice of Peruvian and international experts.

This was in line with so-called excess deaths figures.

Excess deaths are a measure of how many more people are dying than would be expected based on the previous few years.

"We think it is our duty to make public this updated information," Ms Bermudez said.

Peru has been one of the worst-hit countries in Latin America, resulting in an overstretched healthcare system and a lack of oxygen tanks.