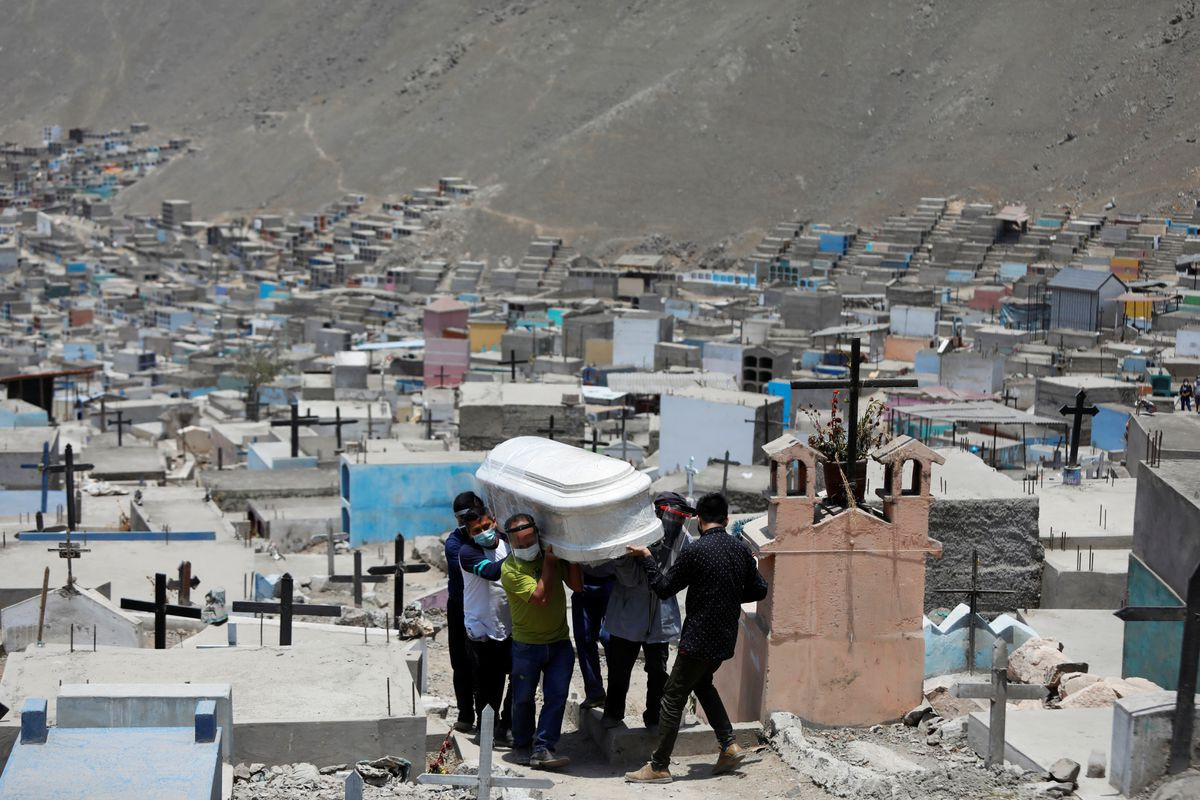 Peru on Monday almost tripled its official COVID-19 death toll to 180,764, following a government review, making it the country with the worst death rate per capita, according to Johns Hopkins University data, APA reports quoting Reuters.

Peru has been among the hardest hit Latin America countries during the COVID-19 pandemic, with its hospitals overcrowded with patients and demand for oxygen outstripping availability. Experts had long warned that the true death toll was being undercounted in official statistics.

The government said it will now update its death count, which stood at 69,342 as of Sunday, in part because of a lack of testing that made it difficult to confirm whether a person had died due to the virus or some other cause.