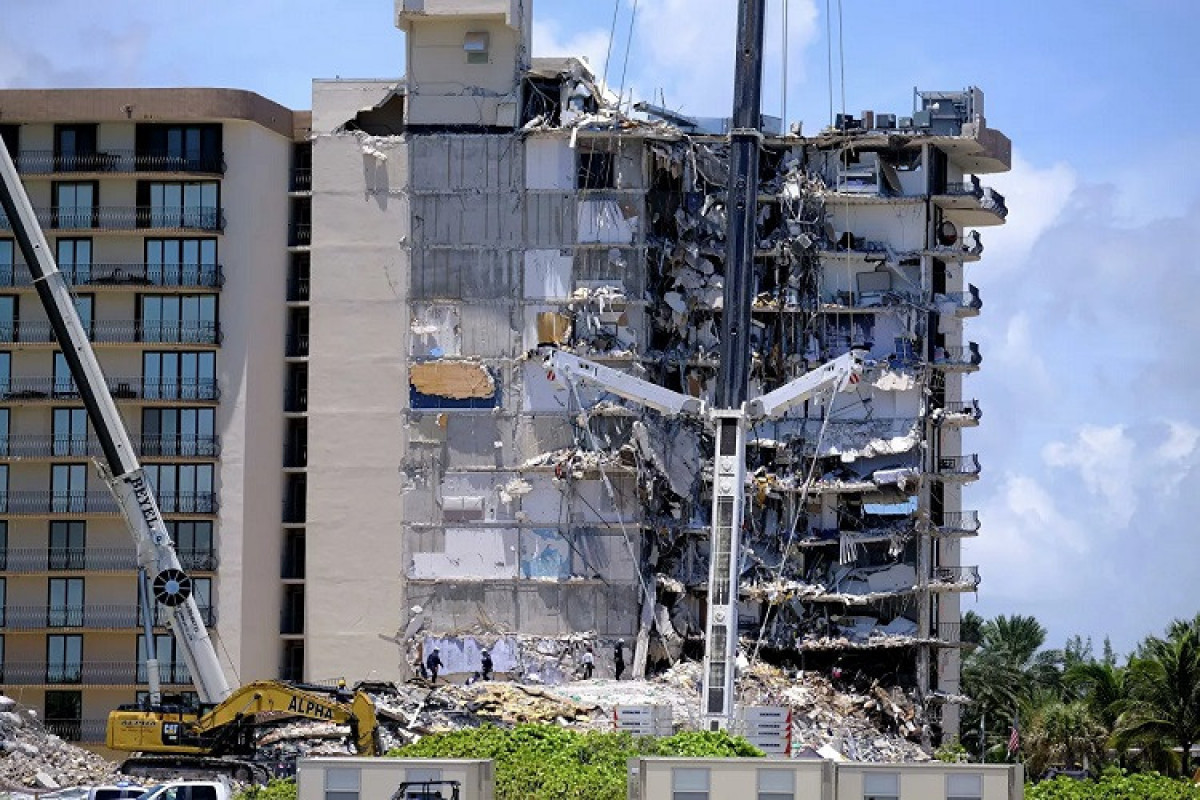 The remainder of the condominium in Surfside, Florida, that partially collapsed last week will be demolished as soon as Sunday, a local fire official said Saturday as the death toll from the disaster rose to 24, APA reports citing Xinhua.

Miami-Dade Fire Rescue Assistant Fire Chief Raide Jadallah told affected families during a morning news conference that the remaining part of the Champlain Towers South would be brought down "as soon as possible. First thing tomorrow."

He added that the plan is contingent upon further discussions, as a follow-up meeting will be held in the afternoon to finalize details of the demolition.

Also during the briefing, Miami-Dade Mayor Daniella Levine Cava said two more victims were found in the rubble, bringing the death toll to 24 while there are 124 people who remain unaccounted for.

Florida Governor Ron DeSantis said Tropical Storm Elsa's expected arrival in South Florida has made the demolition of the still-standing part of the building necessary.

"If the building is taken down, this will protect our search and rescue teams because we don't know when it could fall over, and of course, with these gusts, potentially, that would create a really severe hazard," he said.

DeSantis added that he was told that the demolition could be done within 36 hours, so there would be "minimal work stoppage" for search and rescue teams.

Fears that the remainder of the building may tumble prompted a halt of the search and rescue operations for most of Thursday.

Elsa was Category 1 hurricane on Friday, but was downgraded to tropical storm late Saturday morning with sustained winds of 70 miles per hour (110 km per hour), the National Hurricane Center (NHC) said in an 11:00 a.m. advisory. It is now battering islands in the Caribbean.

The NHC now expects rainfall from Elsa "likely to impact portions of the Florida Keys and southern Florida early next week."

"The fear was that the hurricane may take down the building for us, and take it down in the wrong direction, on top of the pile where we have victims," said Surfside Mayor Charles Burkett during the briefing, adding the demolition could be carried out "as early as tomorrow."