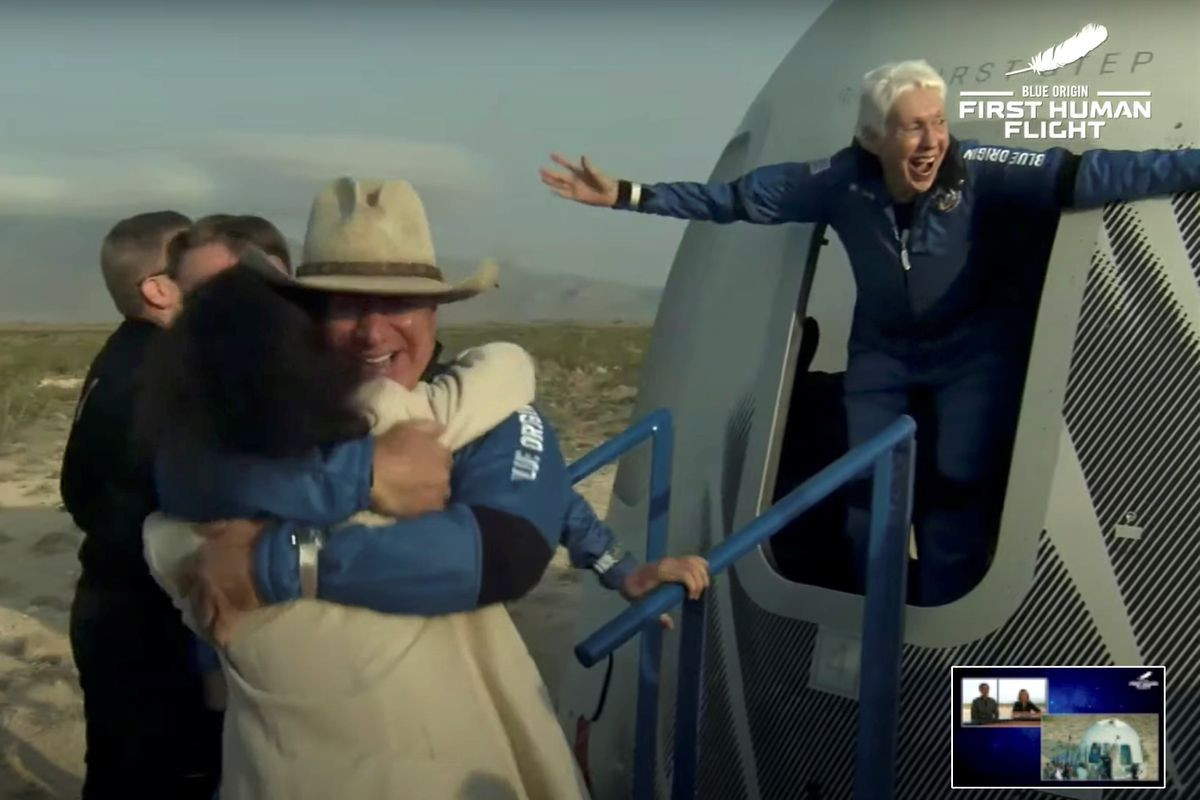 eff Bezos, the world's richest man, soared about 66.5 miles (107 km) above the Texas desert aboard his company Blue Origin's New Shepard launch vehicle on Tuesday and returned safely to Earth, a historic suborbital flight that helps to inaugurate a new era of private commercial space tourism.

"Best day ever," Bezos, accompanied by the world's oldest and youngest space travelers, said after his space capsule descended with three large parachutes and touched down, kicking up a cloud of dust.

The 57-year-old American billionaire, wearing a blue flight suit and donning a cowboy hat, was joined by three crewmates for a trip to the edge of space lasting 10 minutes and 10 seconds. After landing, Bezos and the other crew members exchanged hugs and popped champagne, spraying each other, APA reports quoting Reuters.

"Astronaut Bezos in my seat - happy, happy, happy," Bezos said in response to a mission control status check after the crew members buckled back in aboard New Shepard's capsule following a few minutes of weightlessness in space.

The fully autonomous 60-foot-tall (18.3-meters-tall) gleaming white spacecraft, with a blue feather design on its side, ignited its BE-3 engines for a vertical liftoff from Blue Origin's Launch Site One facility about 20 miles (32 km) outside the rural town of Van Horn. There were generally clear skies with a few patchy clouds on a cool morning for the launch.