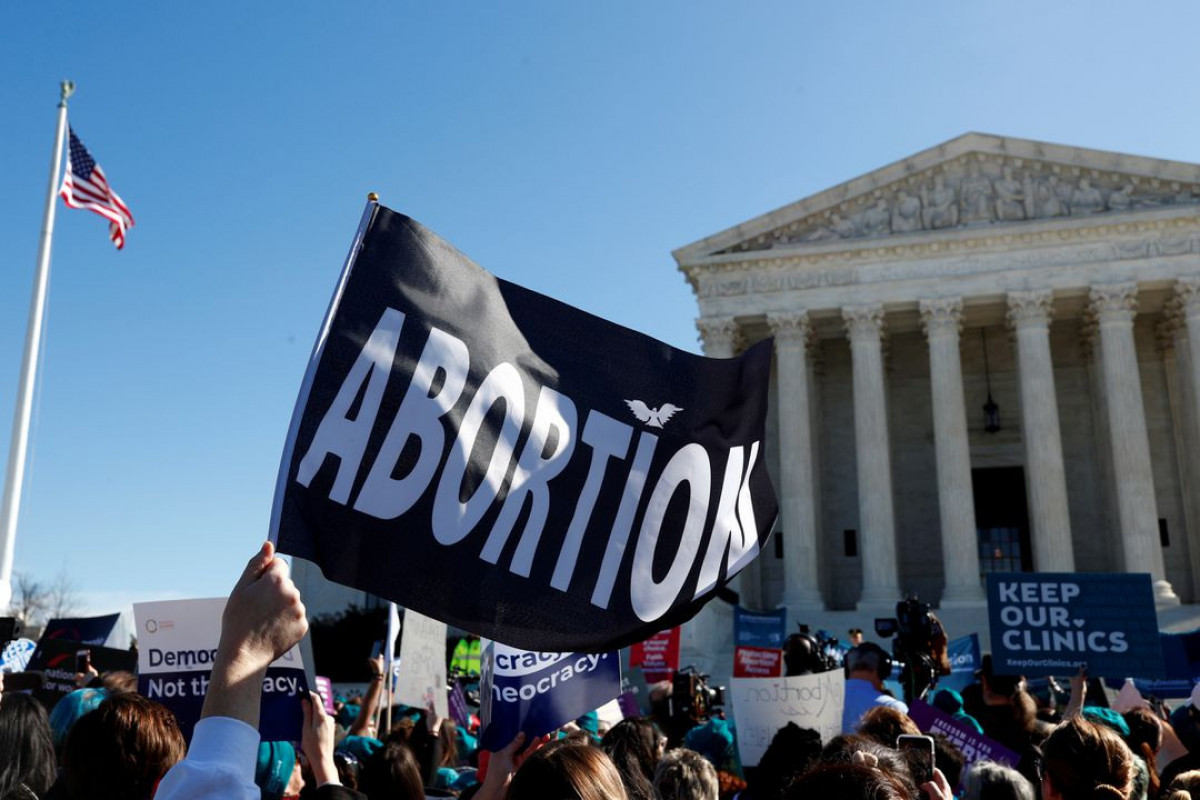 A Texas ban on abortions after six weeks of pregnancy took effect early Wednesday morning after the U.S. Supreme Court did not act on an emergency request by abortion rights groups to block the law enabling the ban, APA reports citing Reuters.

Barring a later ruling by the court, its inaction by midnight on the groups' request for an injunction will allow the ban litigation continues in the groups' lawsuit challenging its constitutionality.

Abortion rights groups say 85%-90% of abortions in Texas are obtained after six weeks of pregnancy, meaning the law would most likely force many clinics to close.

Such a ban has never been permitted in any state since the Supreme Court decided Roe v. Wade, the landmark ruling that legalized abortion nationwide, in 1973, they said.

Planned Parenthood and other women's health providers, doctors, and clergy members challenged the law in federal court in Austin in July, contending it violated the constitutional right to an abortion.

The law, signed on May 19, is unusual in that it gives private citizens the power to enforce it by enabling them to sue abortion providers and anyone who "aids or abets" an abortion after six weeks. Citizens who win such lawsuits would be entitled to at least $10,000.

Abortion providers say the law could lead to hundreds of costly lawsuits that would be logistically difficult to defend.

In a legal filing, Texas officials told the justices to reject the abortion providers' request, saying that the law "may never be enforced against them by anyone."

A court could still put the ban on hold, and no court has yet ruled on its constitutionality, Stephen Vladeck, a professor at the University of Texas at Austin School of Law, said in a tweet.

"Despite what some will say, this isn't the 'end' of Roe," he said.

Texas is among of dozen mostly Republican-led states that have enacted "heartbeat" abortion bans, which outlaw the procedure once the rhythmic contracting of fetal cardiac tissue can be detected, often at six weeks - sometimes before a woman realizes she is pregnant.

Courts have blocked such bans.

The state of Mississippi has asked the Supreme Court to overturn Roe v. Wade in a major case the justices agreed to hear over a 2018 law banning abortion after 15 weeks.

The justices will hear arguments in their next term, which begins in October, with a ruling due by the end of June 2022.

The Texas challenge seeks to prevent judges, county clerks and other state entities from enforcing the law.

A federal judge rejected a bid to dismiss the case, prompting an immediate appeal to the New Orleans, Louisiana-based 5th U.S. Circuit Court of Appeals, which halted further proceedings.

On Sunday, the 5th Circuit denied a request by the abortion providers to block the law pending the appeal.