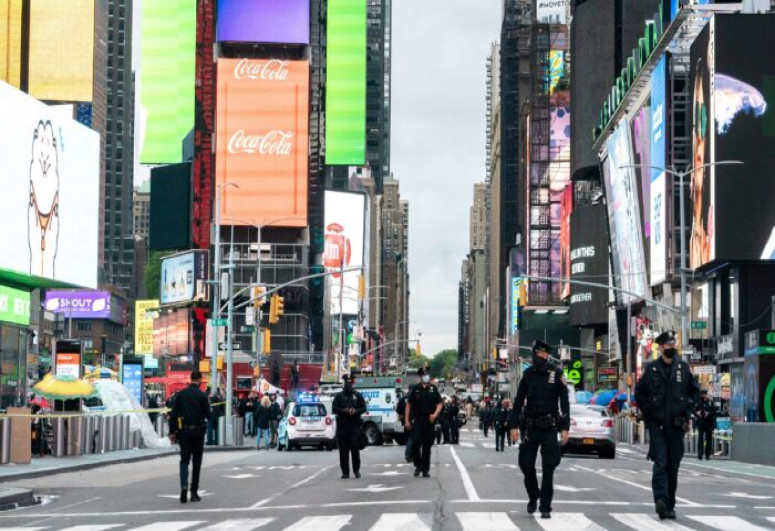 According to the law enforcement agencies, two women and a child were hurt and were rushed to a hospital. Their wounds are not life-threatening.

Police Commissioner Dermot Shea told reporters those injured in the shooting were passers-by, who had not been involved in the initial dispute.

The dispute that led to the shooting involved up to four people. At least one of them was armed. No one has been detained. One of the suspects was caught on camera.