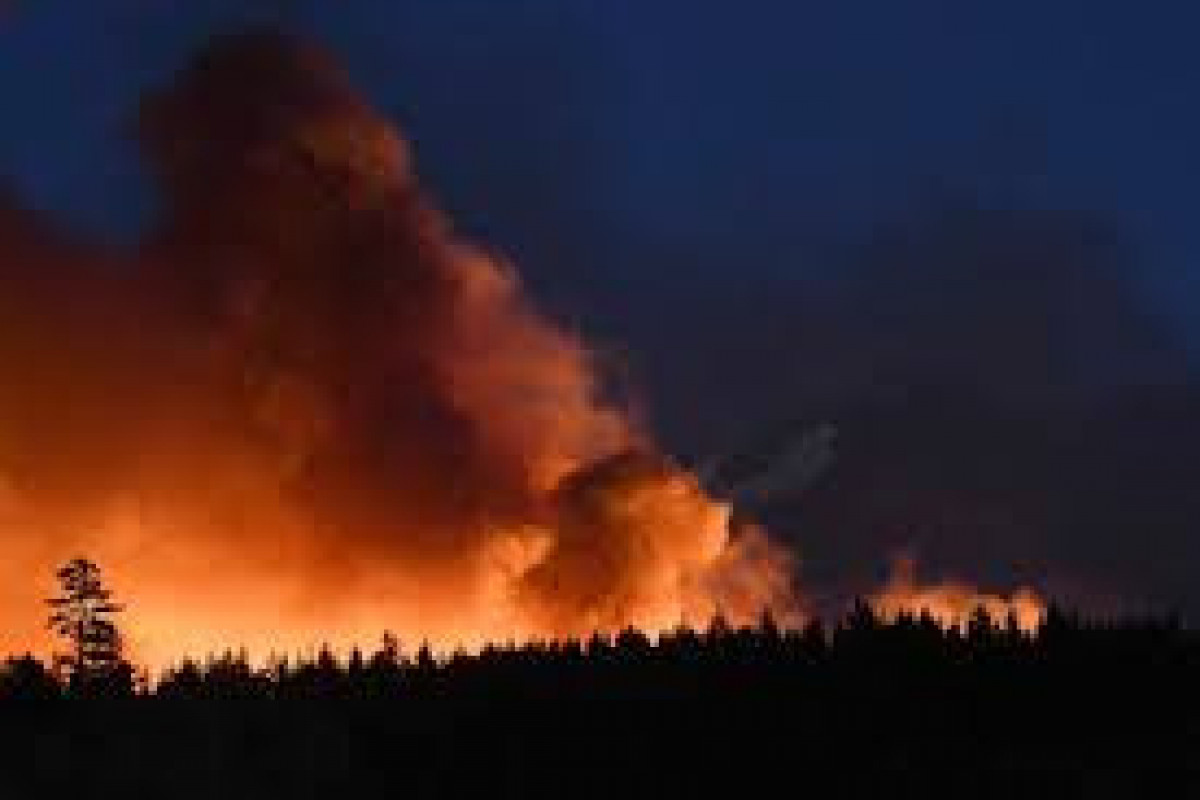 Two significant wildfires are burning across nearly 30,000 acres in Northern California, the United States, according to the California Department of Forestry and Fire Protection (Cal Fire), APA reports citing Xinhua.

The Lava Fire in Siskiyou County, starting on June 24, has grown rapidly. The blaze has burned nearly 19,680 acres (80 square km) with 19 percent contained as of Thursday and more than 3,500 people were displaced.

The Tennant Fire broke out on the eastern side of the Klamath National Forest on Monday afternoon. The fire on Thursday was around 9,439 acres (38 square km) and 6 percent was contained, according to Cal Fire.

While wildfires are a natural part of California's landscape, the fire season in California and across the U.S. West is starting earlier and ending later each year. Climate change is considered a key driver of this trend, Cal Fire said.