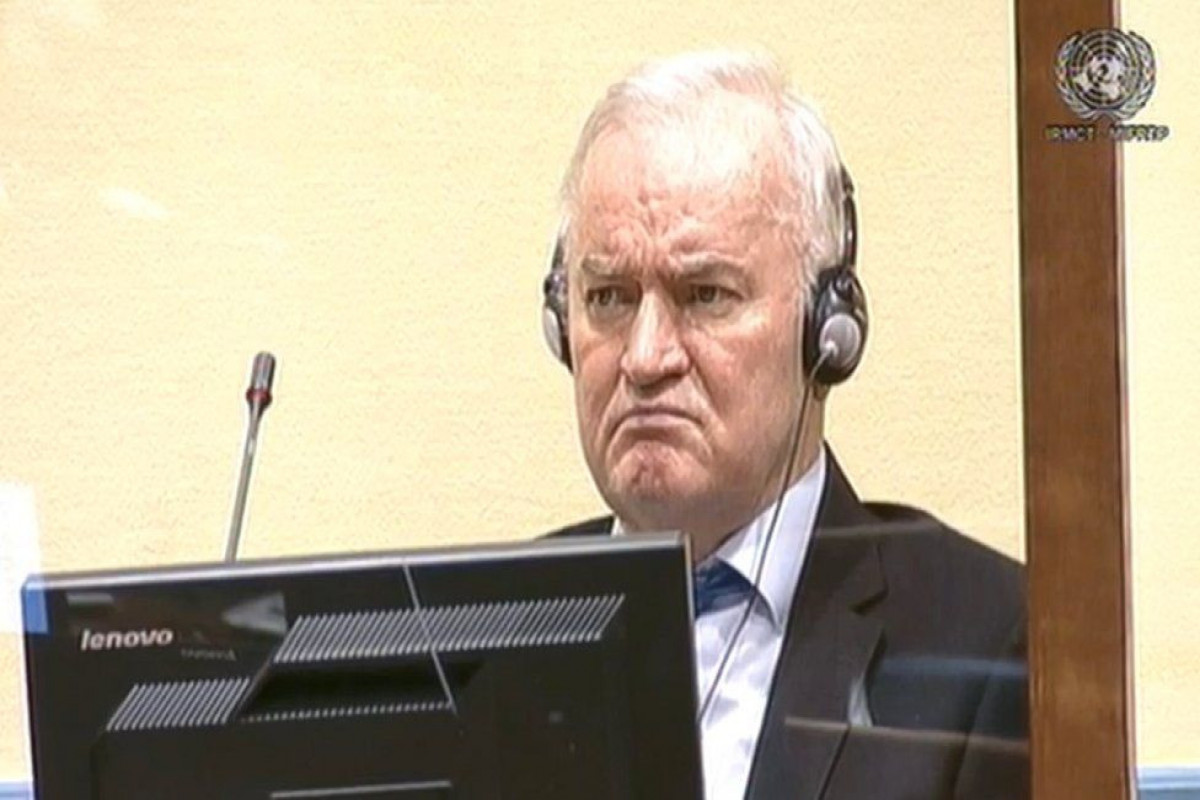 Former Bosnian Serb commander Ratko Mladic has lost his appeal against a 2017 conviction for genocide and crimes against humanity, APA reports citing BBC.

The UN court upheld the life sentence for his role in the killing of around 8,000 Bosnian Muslim (Bosniak) men and boys in Srebrenica in 1995.

The massacre, in an enclave supposed to be under UN protection, was the worst atrocity in Europe since World War Two.

It is not yet clear where Mladic will serve the rest of his sentence.

The five-person appeals panel found Mladic had failed to provide evidence to invalidate the previous convictions against him, although the presiding judge dissented on each count.

The verdict was delayed by technical difficulties, which continued throughout the session.

Mladic had denounced the tribunal during his appeal hearing in August, calling it a child of Western powers. His lawyers had argued he was far away from Srebrenica when the massacre happened.