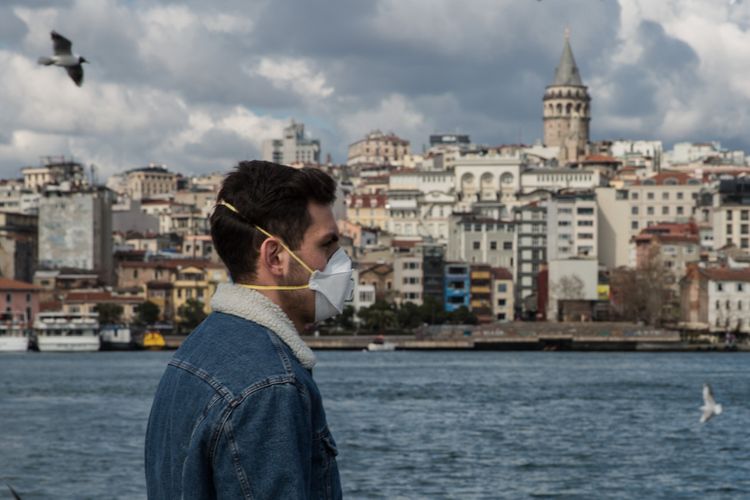 President Recep Tayyip Erdoğan urged the public to not leave their homes except for emergencies, in a bid to contain the coronavirus outbreak, APA reports citing Daily Sabah.

He was speaking after a meeting with businesspeople and top bureaucrats Wednesday for measures against the virus. Erdoğan pledged it would only take three weeks to overcome the situation if the public complies with the measures and heed advisories.

As Turkey grapples with the coronavirus pandemic, it reported new cases Tuesday as well as its first death. However, it still remains one of the safer places in Europe and Asia, compared with its neighbor Iran where hundreds have died in a few weeks.

The president has been relatively quiet amid the coronavirus scare while Health Minister Fahrettin Koca took center stage in efforts to contain the outbreak, winning public praise. Erdoğan had earlier held a cabinet meeting, but Wednesday’s meeting was the most comprehensive. It included business leaders and representatives of nongovernmental organizations (NGOs) apart from ministers and other dignitaries.

“Pandemics have a relatively lower death toll compared to other diseases thanks to preventive health services and developments in the pharmaceutical sector. Still, they have the potential to cause mass deaths without preventive measures. We need to take fast and effective measures. We don’t know how this (virus) will affect humanity. We are entering an era with likely radical changes in the global, economic, political and social order,” Erdoğan said after the meeting. He added that Turkey was in a better position compared to other countries thanks to reforms in health care and infrastructure. “Turkey has the best possible preparedness for such a situation,” he said.

The president repeated warnings issued by the Health Ministry in his speech. “Healthy people can easily recover from this illness, but those with health problems, with a weak immune system, may face deadly consequences. The best way of protection from this illness without a vaccine and definitive cure is to stop the infection. The best protective measures are the ones everyone will take personally. The (government) measures are temporary, but if we comply with them, we can decrease the time needed to spend at home to three weeks,” he added.

“I appeal to our nation not to leave their homes as much as possible until the threat is over. The more we increase social distancing, the more we decrease movement, the lower the threat will be. It is time to minimize our contact with the outer world, it is time to stay home as much as possible.” “Everyone who does not have to go out should stay at home and should not be in contact with anyone else. People who went to work should return home immediately after their work is over and should wash their hands and face without touching anyone when they come home,” he said.

Erdoğan, who already switched handshakes with a simple pat on the chest, also urged the public to stop intimately close greetings. “Handshakes, hugs, kissing hands have an important place in our culture, but we need to delay such acts for a while. Until the danger of the outbreak is over, avoiding them should suffice. We have to express our love, admiration with gestures and our words.”

The senior citizens, particularly those 65 and older have a higher risk of death from coronavirus. Erdoğan urged them to stay home like younger citizens, adding that they should also minimize contact with other family members.

“Some European countries ... ignore the elderly and disadvantaged communities. On the contrary, we hold them with high esteem. Our Science Board has advised delivering all citizens above the age of 65 with protective masks and cologne. The deliveries will first start in Istanbul and Ankara,” Erdoğan said. The president said public banks would also deliver pensions for retirees above the age of 76 to their homes.

The president also called on citizens not to visit hospitals outside emergency cases so that the staff will be relieved of extra workloads in the event of a rise in infection cases.