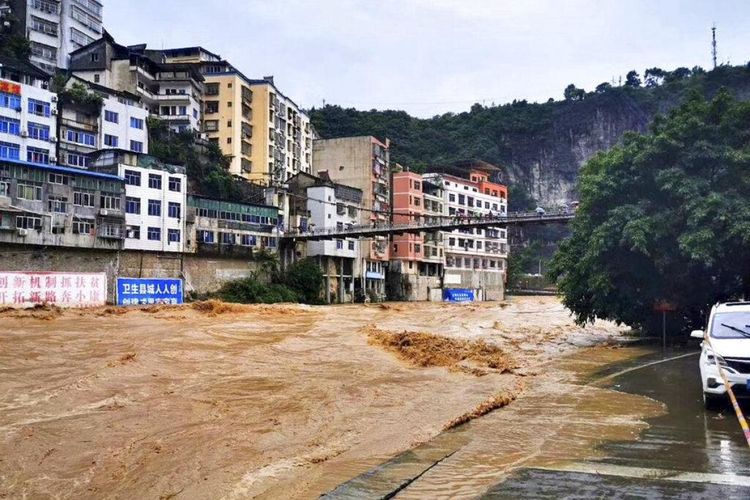 Intense rain lashed parts of Sichuan starting Friday morning with the county of Mianning recording 211 mm of rainfall, the heaviest precipitation, according to the authorities.

In Mianning, the rainstorm before midnight touched off mountain torrents to hit the Damawu Village, where one villager was killed and nine others remain missing, the county government said.

Besides, a car and a minivan veered off the road and plunged into a river after flooding damaged a section of the national highway, killing two people and leaving three others missing.

County officials said rescue efforts are underway, and more than 7,000 residents have been relocated to safety.