35 Iran-backed terrorists die in an airstrike in Syria 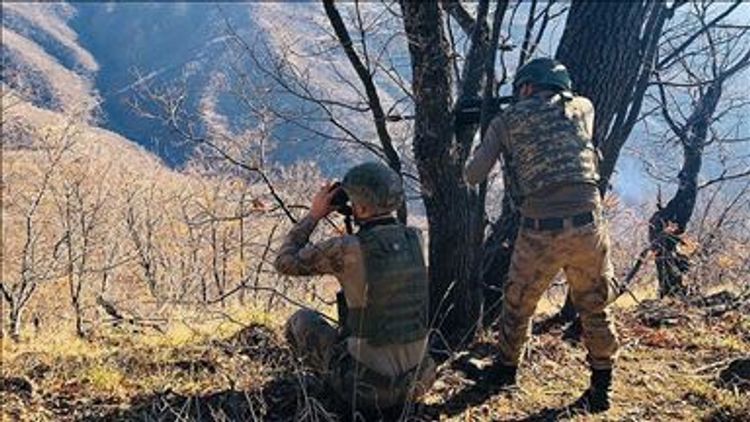 At least 35 Iran-backed terrorists fighting in the ranks of the Assad regime were reported killed on Saturday in an airstrike in Deir ez-Zor province in eastern Syria, APA reports citing Anadolu.

Two high ranking commanders were also killed in the attack.

No group has yet claimed responsibility for the strike.

Pipelines and trade routes from Iraq and Jordan also pass through this province.

With the help of Russia and Iran-backed militias, the central and the western parts of Deir ez-Zor fell to the Assad regime after Daesh/ISIS terrorists retreated from the region.

The majority of Iran-backed foreign militias fighting along with the Asad regime's forces on land are located in Deir ez-Zor.

These groups, in the Sunni-majority population are being commanded by Iranian Revolutionary Guards.

Iran-backed militias give training based on sects, organize cultural activities, and supervise the opening of Shia prayer centers in the predominantly Sunni region.

Deir ez-Zor territory on the east of Euphrates, on the other hand, is currently under the control of terrorist organization YPG/PKK.

In its more than 30-year terror campaign against Turkey, the PKK -- listed as a terrorist organization by Turkey, the US and EU -- has been responsible for the deaths of 40,000 people, including women, children, and infants. The YPG is the PKK's Syrian offshoot.