9 dead as vehicle falls into river in India's Bihar state 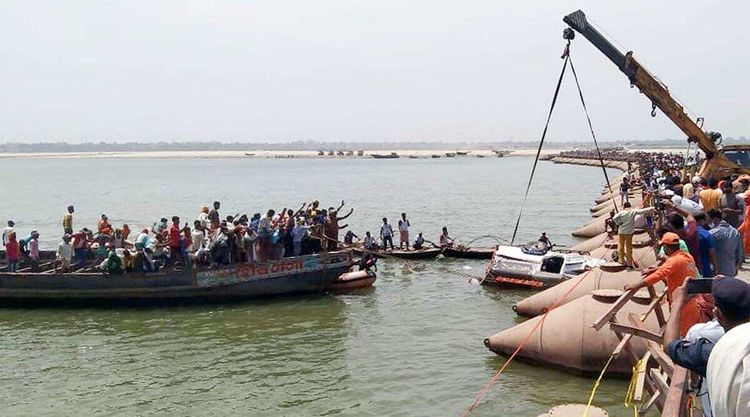 As many as nine people, including four women and three children, died in India's eastern state of Bihar Friday when the vehicle they were travelling in fell into a river, confirmed a local public representative, APA reports citing Xinhua.

The nine bodies and the ill-fated vehicle were recovered from the river with the help of relief and rescue teams. The accident occurred at around 07:30 hours in the day in Danapur area, near the state's capital city of Patna.

The victims were returning from a wedding ceremony when their vehicle fell into the river Ganga.

The driver and two other people onboard the vehicle managed to escape unhurt, said Ritlal Yadav, a local elected legislator said over phone.