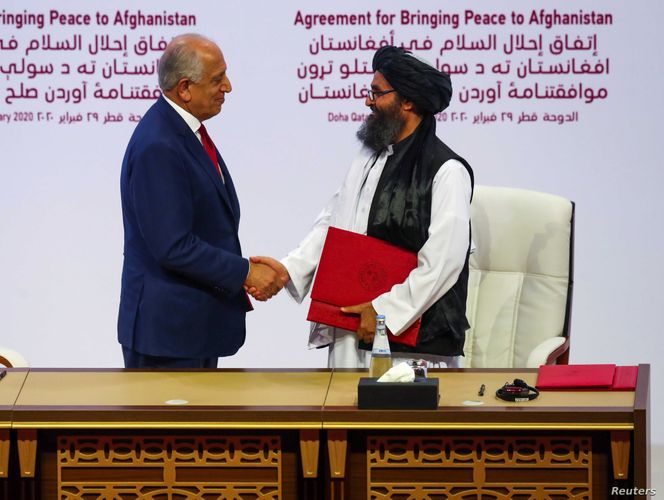 Afghanistan will release some Taliban prisoners this week as part of confidence building measure crucial for the success of the peace deal signed between America and the Taliban to end nearly two decades of war, officials said on Wednesday, APA reports citing Reuters.

A three-member Taliban team arrived in Kabul on Tuesday to begin a prisoner exchange process and met with Afghan officials despite a nationwide lockdown implemented to curb the spread of the coronavirus.

U.S. Secretary of State Mike Pompeo termed Tuesday’s developments as “good news”, a week after he had visited both government leaders in Kabul and Taliban representatives in the Qatari capital Doha, where the Afghan militants have an office, to urge them to move forward with the peace process.

A Taliban spokesman said on Wednesday that at least 100 captured Taliban fighters would be freed soon, the first step to in ultimate exchange of 6,000 prisoners held by the Afghan government and the insurgent group.

“One hundred prisoners will be released in first batch, then both sides will assess whether releasing 100 per day is working out well or not,” said Zabihullah Mujahid, a spokesman for the militant group.

Discussions were underway on technicalities related to the release and the provision for medical checkup for those being freed, Mujahid said, adding that the lockdown due to coronavirus added to the challenge.

The Taliban was making transport arrangements to ensure that old and sick fighters released from the Afghan jails were received by their families but had no plans to provide financial assistance.

Javid Faisal, a spokesman for the country’s National Security Council in a tweet said both sides were holding “face-to-face discussions” over the prisoner exchanges.

Despite the talks and the lockdown, violence has not ebbed.