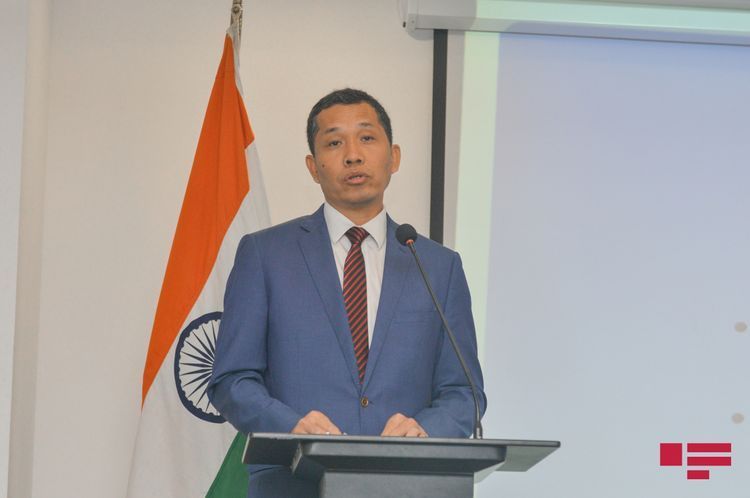 Ambassador of India to Azerbaijan Bawitlung Vanlalvawna has commented on the Tax Reforms launched by the Prime Minister of India on 14 August 2020, the Embassy told APA.

According to the Ambassador through the Faceless Assessment Scheme which has been introduced, all income tax assessments in India will now be done in a faceless manner without any physical interface and individuals need to respond only to scrutiny from the National e-Assessment Centre (NeAC) regarding their taxes and not any other authority.

The Faceless Assessment Scheme also abolishes the need for the taxpayer to appear either personally or through a representative before an income-tax authority. The Scheme also provides for a dynamic jurisdiction under which a taxpayer can be assessed by an officer located anywhere in the country irrespective of his geographical location, which is perhaps the first of its kind in the world’s taxation system.

The Ambassador said that the ‘Taxpayer’s Charter’ which was also launched by the Prime Minister of India will make the country join other major economies in the world like USA, UK, Canada and Australia which too have adopted and published Charter as a gesture of their commitment towards their taxpayers. The Prime Minister also announced the Faceless Appeal Scheme to be implemented from the birth anniversary of Pandit Deen Dayal Upadhyaya i.e. 25th September 2020. The Scheme will allow the taxpayers to file their appeals in an electronic mode which will be disposed of by a remotely located team and thereby save them from the need to physically visit the Income Tax Department. Additionally, the Ambassador also said that the Income Tax Department in India will no longer be permitted to carry out any intrusive action such as surprise visits to the business premises of taxpayers.

Talking about other recent reforms to attract investments in India, Ambassador said that corporate tax rates in India have been gradually reduced since the implementation of the Finance Act 2016. Through Taxation Laws (Amendment) Act, 2019, an option has been provided to the corporate to pay tax at concessional rate of 22% (plus applicable surcharge and cess) if they do not avail any exemption or incentive. Further, new domestic manufacturing companies set up after 1st October, 2019 and starting manufacture on or before 31st March, 2023 have been provided an option for paying tax at 15% (plus applicable surcharge and cess) without claiming specified exemption and incentive. Earlier, reform in personal income tax through the Finance Act, 2020 has provided an option to individual taxpayers for paying income-tax at lower slab rates if they do not avail specified exemption and incentive.

Other measures include abolition of the Dividend Distribution Tax to increase attractiveness of the Indian Equity Market, exemption from income-tax for Sovereign Wealth Fund (SWF) and notified Pension funds earned from interest, dividend and capital gains in respect of investment made in the infrastructure sector, and continuation of concessional rate of 5% tax to be deducted at source for Offshore Borrowing till 30 June 2023.