At least 10 firefighters missing in blaze in Beirut 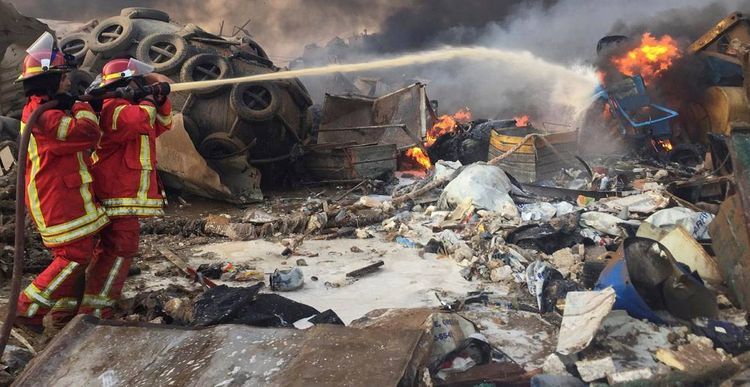 At least 10 firefighters working for Beirut's municipality are missing after the explosion that rocked Beirut Tuesday, the city’s governor Marwan Abboud said, adding that the scene reminded him of Hiroshima and Nagasaki, APA reports citing CNN.

Asked by a reporter if a fire caused the explosion, he said, “We don’t know. There was a fire, the [firefighters] came to put it out, then the explosion happened and they went missing. We are looking for them."

“It resembles to what happened in Japan, in Hiroshima and Nagasaki. That’s what [it] reminds me of. In my life, I haven’t seen destruction on this scale," he said.

"This is a national catastrophe,” he added.