At least 100 feared trapped in building collapse south of Mumbai 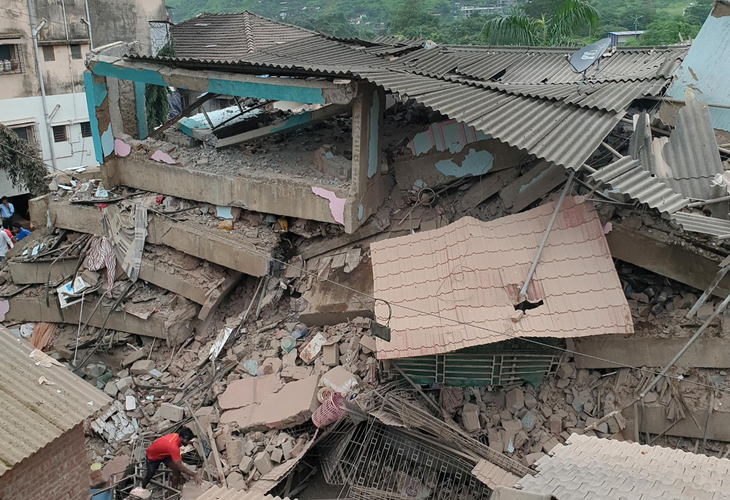 At least 100 people are feared trapped in the debris of a five-storey building that collapsed on Monday in an industrial town in western India, a lawmaker said, APA reports quoting Reuters.

Not all the roughly 200 residents of the building in Mahad, about 165 km (100 miles) south of India’s financial capital Mumbai, were at home when it crumbled in the evening, Bharatshet Maruti Gogawale, the local lawmaker, told Reuters.

“I believe about 100 to 125 people must have been inside at the time of its collapse,” Gogawale, who was present at the site, told Reuters.

The building comprised around 47 flats, according to the police department of western Maharashtra state.

Authorities have yet to ascertain the cause of the collapse and the number of casualties, but about 30 people were pulled out by rescue teams and local residents.

TV channels showed footage of the debris with locals and police trying to reach the trapped people. The TV footage also showed at least one ambulance leaving the area as people surrounding it made frantic phone calls.

Maharashtra chief minister Uddhav Thackeray has assured the local administration of all possible support for speedy rescue and relief work, his office said on Twitter.

Three teams from the National Disaster Response Force have been moved to the site, the NDRF said in a statement.

More than 1,200 people were killed in 1,161 building collapses across India in 2017, according to latest data from the National Crime Records Bureau.