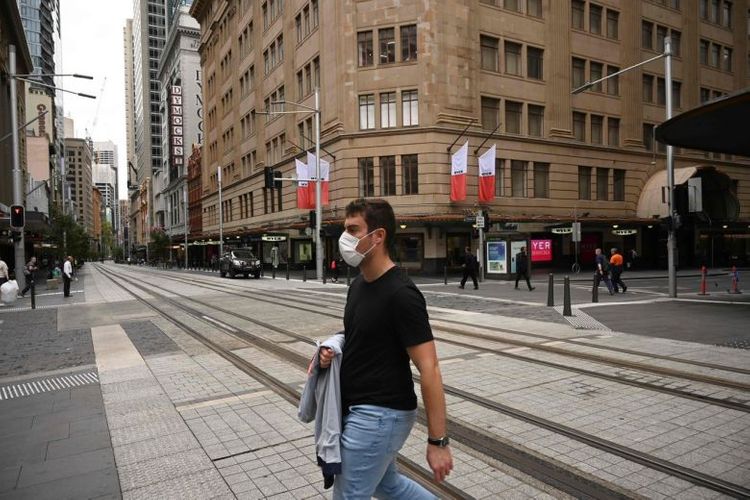 Australian officials closed internal borders on Friday and warned people to stay home over the upcoming Easter holiday as the country seeks to capitalise on a further fall in the rate of new coronavirus cases, APA reports citing Reuters.

Prime Minister Scott Morrison said Australia was shifting to a “suppression” phase in its fight against the highly contagious illness, but stressed that people had to continue to follow orders restricting socialising in public.

“We must continue to do this. Doesn’t matter what the temperature is,” Morrison said in a televised media conference. “If it’s a warm day, don’t go on masses down to the beach. A simple instruction that all Australians expect other Australians to abide by.”

Chief Health Officer Brendan Murphy said the daily increase in new infections had fallen to about 5% from between 25% and 30% two weeks ago. Australia has now reported around 5,200 cases and 28 deaths.

However, Murphy and state leaders cautioned that while imported cases, via returning overseas travellers, still accounted for the majority of the infections in Australia, there were a rising number of “local transmission” cases where a source could not be determined.

“If we can’t identify the source it means we can’t deal with the spread - that is something we’re worried about,” said Gladys Berejiklian, the premier of New South Wales (NSW), Australia’s most populous state.

Several states in Australia were placing checkpoints at their borders to prevent all but essential travel from neighbouring territories, the first time such drastic measures have been taken since the Spanish flu epidemic 100 years ago.

Queensland state erected water barriers and road checkpoints along its border with NSW on Friday. The island state of Tasmania has already isolated itself, while the iron ore-rich state of Western Australia is enforcing a “hard border close” from Sunday night.

Western Australian authorities were also restricting access to the northern Kimberley region, a remote area with a large indigenous population that has been deemed at high risk because existing health standards fall below the rest of the country.

Several states have given police the power to impose hefty fines and potential prison terms on anybody found breaching strict social distancing rules, including restrictions on leaving home and reducing public gatherings to just two people.

While Morrison told people not to travel over the Easter break, he loosened restrictions that had previously forced places of worship to shut down. Under the new rules, churches and other religious centres will be allowed to open to enable leaders and support staff to officiate online services for the wider congregation.