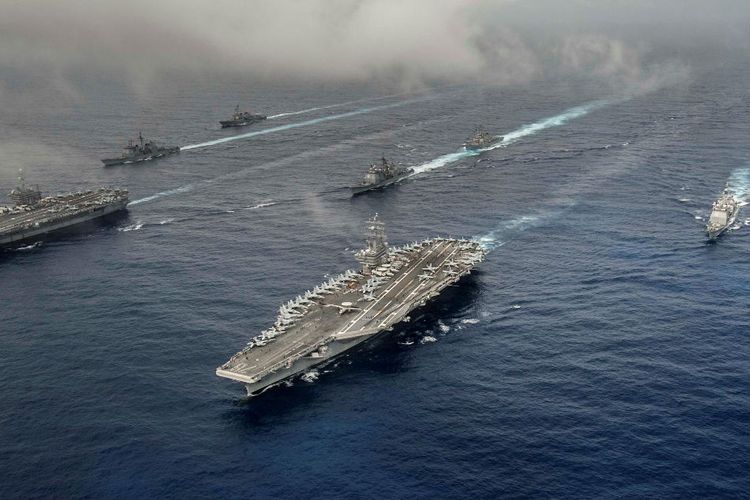 The ministry's spokesperson Wu Qian made the remarks in response to a query about frequent activities of U.S. warships and aircraft in waters and airspace near China.

Referring to the destroyer USS Mustin's close reconnaissance of China's Liaoning aircraft carrier fleet which was carrying out a normal training mission, Wu said the action seriously threatens the safety of ships and personnel of both Chinese and U.S. sides. The U.S. vessel was later urged to leave.

The Chinese side firmly opposes such actions that escalate regional militarization and threaten peace and stability in the region, said Wu.

"We urge the U.S. side to strictly restrain its frontline troops and comply with regulations, such as the Rules of Behavior for the Safety of Air and Maritime Encounters and the international regulations for preventing collisions at sea, so that such dangerous incidents do not reoccur," he said