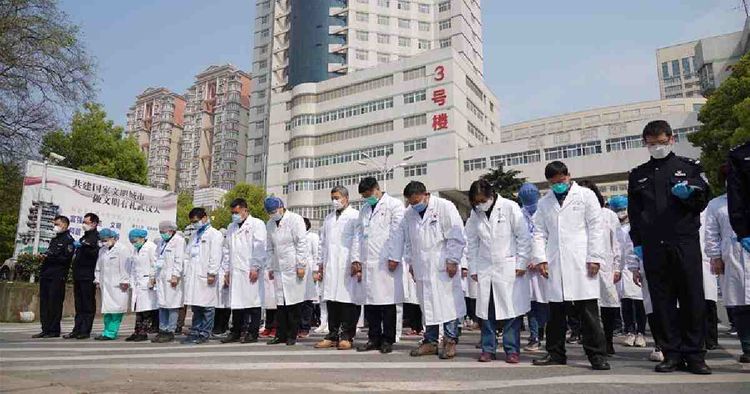 Xi Jinping led other Chinese leaders on Saturday to attend national mourning for martyrs who died fighting the novel coronavirus disease (COVID-19) and compatriots who lost their lives in the outbreak, APA reports citing Xinhua.

They had white flowers pinned to the chest and paid a silent tribute in front of a national flag, flying at half-mast.

A moment of silence was observed by members of the public across the country. Air raid sirens blared. Cars, trains and ships honked horns.

In commemoration of the martyrs and deceased compatriots, national flags flew at half-mast across the country and in all Chinese embassies and consulates abroad, and public recreational activities were suspended nationwide Saturday.

A total of 81,639 confirmed COVID-19 cases had been reported on the Chinese mainland, and 3,326 people had died of the disease, according to the National Health Commission Saturday.