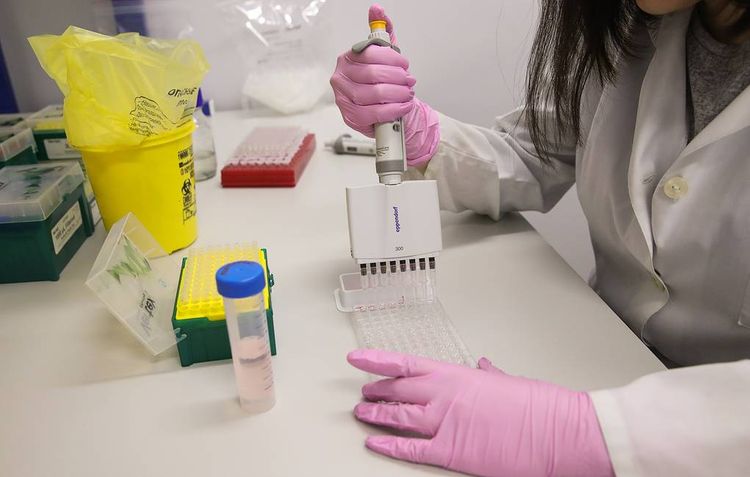 The inactivated COVID-19 vaccine produced by the Chinese pharmaceutical corporation Sinopharm will be available on the market in December of this year for about $150, Chairman of Sinopharm Group Liu Jingzhen stated on Tuesday, noting that this will be possible after the third stage of clinical trials is over, APA reports citing TASS.

"After the third stage of international clinical trials ends, we can register the inactivated vaccine. According to our estimations, by the end of the year, it may appear on the market," he said, quoted by Guangming Ribao newspaper. "According to our estimations, the Beijing Institute of Biological Products can produce up to 120 mln inactivated vaccines a year, and the Wuhan Institute of Biological Products can produce an additional 100 mln," he stated.
"I have personally received two shots of the vaccine, there were no side effects," Liu Jingzhen informed. "After the inactivated vaccine enters the market, its price will not be too high, it will be around several hundred yuan. Two shots will cost about 1,000 yuan (about $144)," he added.

"If you do one shot, the probability of protection is about 97%, antibodies are developing slowly," the chairman stated. "Usually, about half a month is needed to reach the level sufficient to counter COVID-19. If you do two shots, the probability of protection may reach 100%," he added. "The interval between the first and the second shot usually lasts 28 days. In some exceptional cases, two injections can be done at once in the left and right arm. Four micrograms of the vaccine are injected each time," the company official informed.

He added that it is unnecessary to vaccinate the entire population of China, however, working people living in densely populated areas of the country must receive the vaccine.

The inactivated vaccines developed by the Wuhan Institute of Biological Products and the Beijing Institute of Biological Products forming part of Sinopharm earlier received an approval for the first and second stages of clinical trials, whose results were published in June. On June 23, Sinopharm began the third stage of clinical trials in the United Arab Emirates.