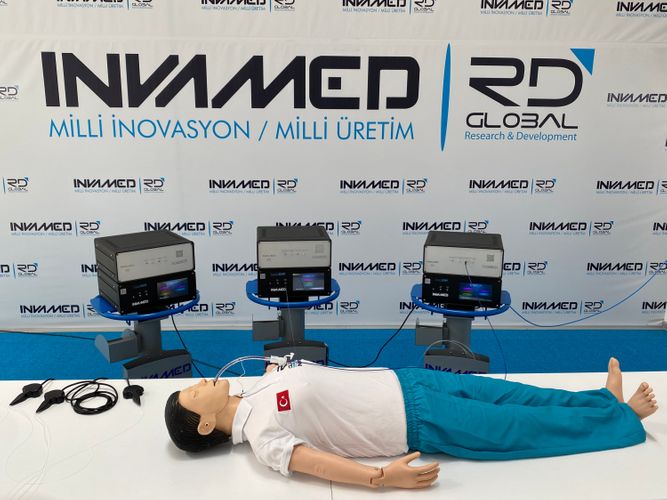 “There are different methods used for coronavirus treatment by the Turkish Health Ministry and Turkish doctors but the method doctor Gedik performed today is a first in the world,” Tekin said.

He said he was proud to announce in Diyarbakir that the patient recovered.

Mahmut Orak who received the treatment said he was taken to hospital June 18. And treatment began after results confirmed he was positive for the virus.

“I stayed at home for five days then I was taken to the hospital when I felt bad. I accepted ray treatment and I feel very well now. I didn’t feel any pain at all. I would like to thank everyone for their efforts,” Ocak said.

Gedik announced earlier this month, a clinical study for the therapy developed by Turkish scientists to treat viral diseases, including COVID-19, according to developer RD Global INVAMED.

“Clinical study process, which allows implementation on patients, has started for the TurkishBeam treatment method after its application to the [Turkish] Health Ministry was approved,” Gedik said in a statement.

TurkishBeam is a ray treatment system first established and developed by a world-famous Turkish firm after three years of research by scientists under TurkishBeam Selective-Sensitive UVC and Laser Therapy, or TurkishBeam.

The method, which can be used inside the body for the first time, is viewed as a global move by Turkey that will change paradigms.

The process started with studies on microorganisms, such as viruses and bacteria, and continued with toxicological analyses. It reached the clinical study phase after the completion of studies on animals and human cell culture.

Since November 2019, the group focused on studies on COVID-19 using the same method.

On May 4, the Health Ministry approved the application for clinical studies. After it was announced to international medical authorities, it was officially invited for testing and cooperation by the Cleveland Clinic in the US and the University of New York.

The treatment ensures the complete destruction of organisms such as microorganisms, fungi, bacteria, and viruses and it does not damage cells and the DNA of humans, according to researchers.