Erdogan: "Turkey will protect its rights with unshakable faith" 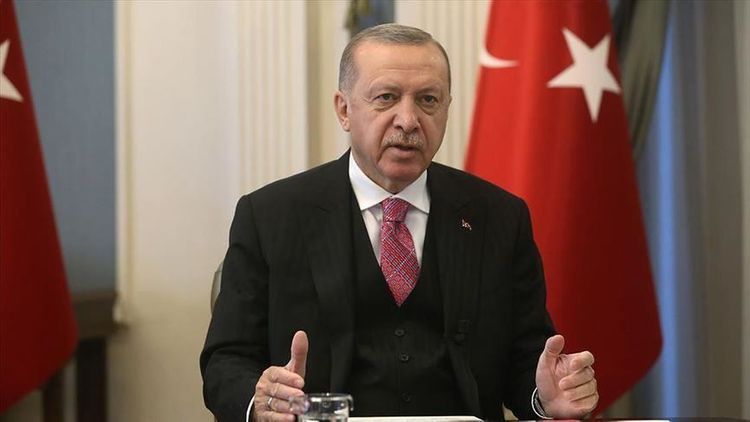 Turkey continues to protect its maritime rights and interests “with a strong will and unshakeable faith,” the country’s president said on Saturday, APA reports citing Anadolu Agency.

“With the awareness of how important it is to defend our Blue Homeland, we continue to protect our rights and interests in our seas with a strong will and unshakable faith,” Recep Tayyip Erdogan said in a message ahead of the Turkish Naval Forces Day, marked every year on Sept. 27, the anniversary of the Battle of Preveza.

“Turkey will continue to strengthen its Naval Forces to protect the Blue Homeland, ensure safety, and deter those who have designs on the country’s rights,” he asserted, referring to recent differences with Greece in the Eastern Mediterranean.

He said Barbaros Hayrettin Pasa, the Ottoman navy’s first admiral, proved Turkey’s naval power to the world in the 1538 war against the Crusaders.

Lauding the country’s naval prowess, the president emphasized that Turkey is among the only 10 countries in the world that can design, build, and maintain their own warships with their own resources.

“Our Naval Forces, which ensure the safety of the seas in our country surrounded by water on its three sides, make our nation proud with its advanced facilities and capabilities, qualified personnel and the successes it has achieved in all the tasks it undertakes, together with the strength it has gained from its deep-rooted and respected history,” Erdogan added.

He also expressed the Turkish nation’s gratitude and prayers for its heroes and martyrs.