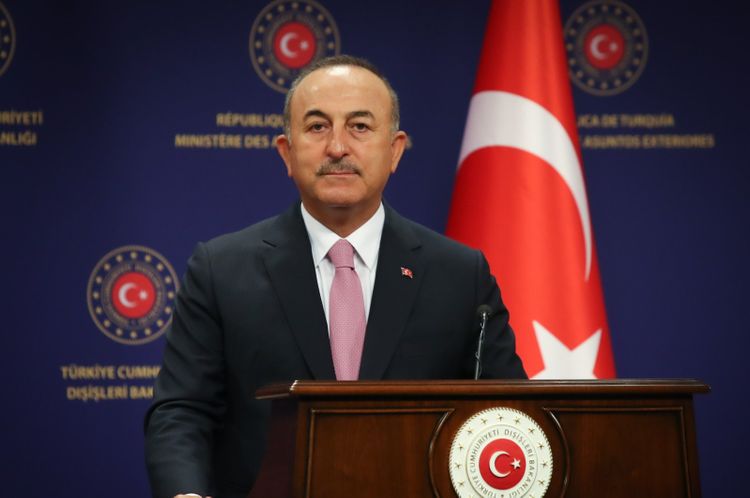 Foreign Minister Mevlut Cavusoglu said Friday that Greece has shown once again it is not suitable for dialogue by not being honest about NATO's mediation, APA reports citing Daily Sabah.

"Greece’s denial of the NATO general secretary is noteworthy. It first agreed to the talks with Turkey (over the Eastern Mediterranean) then backed out. It was Greece that lied," Cavusoglu said during a speech in Ankara on Friday.

“It was the Greek side who refused to start negotiations without preconditions,” he added.

On Thursday, NATO Secretary-General Jens Stoltenberg announced that Turkey and Greece have agreed to enter talks to establish "deconfliction mechanisms" in the Eastern Mediterranean. In a tweet, Stoltenberg said he had discussions with the leaders of both countries, and they will engage in technical talks at NATO to reduce the risk of incidents and accidents in the region.

However, later that day, Greece denied that it had agreed to hold NATO-brokered talks with Turkey.

"Published information claiming Greece and Turkey have agreed to hold so-called 'technical talks' on de-escalating tensions in the Eastern Mediterranean do not correspond to reality," the Greek foreign ministry said.

Cavusoglu said Greece would be disappointed if it expects Turkey to give up its rights in the Eastern Mediterranean and accept Athens’ terms.

Greece has disputed Turkey's current energy exploration activities in the Eastern Mediterranean and its attempts to box in Turkish maritime territory based on the proximity of smaller islands to the Turkish coast.

Turkey – the country with the longest coastline in the Mediterranean – has sent out drillships to explore for energy on its continental shelf, saying that Ankara and the Turkish Republic of Northern Cyprus (TRNC) have rights in the region.

“We will protect our rights and TRNC's: This is our aim. We are open to cooperation with every country around the Mediterranean,” he said.

“France should have been looking for ways to cooperate with Turkey. It clearly needs to apologize to Turkey,” the foreign minister noted.