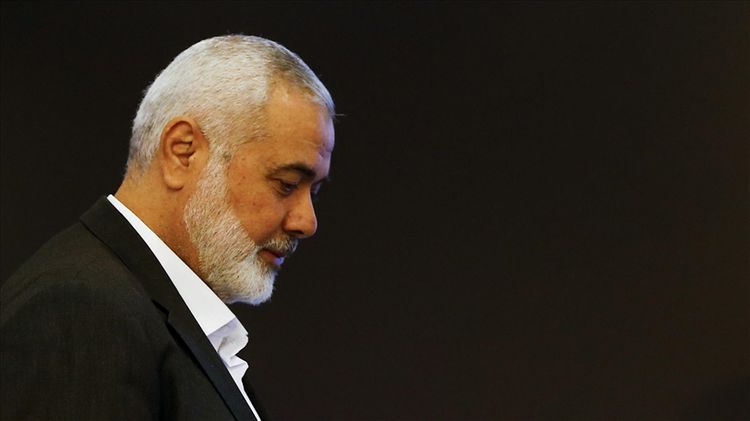 Haniyeh said in a televised interview that it was "unfortunate" that Palestinian President Mahmoud Abbas decided not to hold elections with Jerusalem excluded from voting.

"If the Oslo Agreement protocols are adhered to,
the postponement of the elections would mean the confiscation of the political rights of the Palestinians," he said.

If the Palestinian will is attached to Israel's decision, Israel cannot be fought politically and on the field, he said.

"As Hamas, we say that the elections should be held in Jerusalem. We agree on this," he said, touching on the importance of Jerusalem. "Neither the state nor Palestine has any meaning for us without Jerusalem. Jerusalem has many political, social, religious, and cultural dimensions.”

The difference of opinion is not based on holding elections in Jerusalem but on Palestine's decision being attached to Israel, he said.

The Palestinians insist on holding the elections in Jerusalem, according to Haniyeh, who added that there is still time to do so and that the people in Jerusalem are also able to exercise their political rights.

"We were hoping that the elections would be held within the determined time, but unfortunately, it was decided to postpone it without any convincing justification," he said.

The postponing of elections could return Palestinian domestic politics to where it started, Haniyeh said, noting that as Hamas, they want Palestine not to return to internal political conflicts, but to continue dialogue and reconciliation.

The elections are a necessity in tackling the dangers awaiting the Palestinian issue, such as the so-called deal of the century, and Israel's annexation plan, he stressed.

"We have always thought that the division should be ended. We thought it was necessary to establish partnerships in the Palestinian institutions [the Palestine Liberation Organization, the legislative council, the government, and the presidency] and to combat the dangers awaiting the Palestinian cause, he said.

"The process of national unity was not limited to elections. In this process, we agreed on a partnership in the whole Palestinian political system," he added.

Abbas announced the postponement of elections on Friday until Israeli authorities permit holding the polls in Jerusalem.

The parliamentary polls were expected to be held May 22, presidential polls on July 31 and Palestinian national council elections Aug. 31.