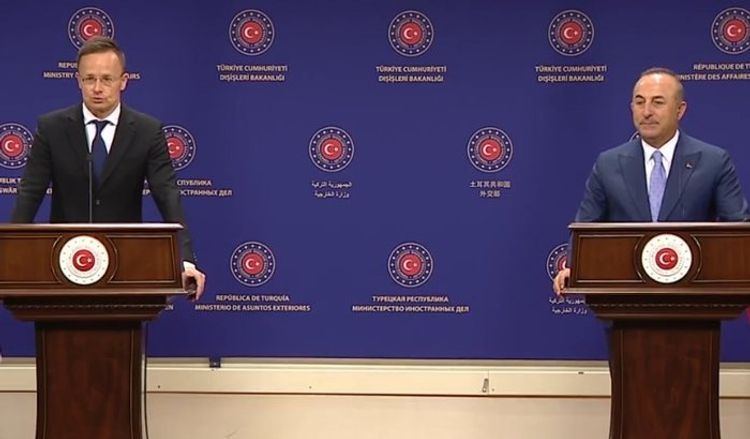 At the press conference held after the ministers’ meeting, P. Szijjarto said they conducted detailed exchange of ideas at the meeting held with his Turkish counterpart in regard to bilateral relations, mutual cooperation, trade, education, and migrants’ problem.

The Hungarian minister stressed that his country supports close cooperation with Turkey.

He noted that the European Union (EU) is not sincere in the issue of Turkey’s membership in this organization: “In this issue, one position is voiced in the presence of public, while a different position is expressed behind closed doors. For Turkey’s integration into the European Union to be successful, they should be sincere and punctual. We support respectful approach to such a great country as Turkey and the Turkish people and the holding of sincere discussions”.