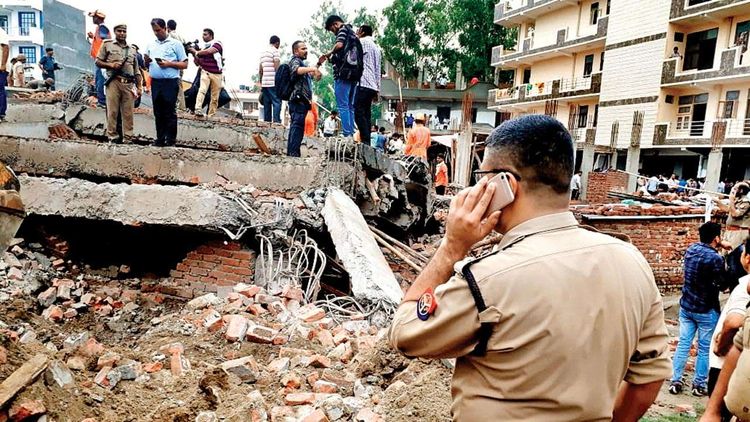 Five members of a family were killed Wednesday after the roof of their house collapsed in the northern Indian state of Uttar Pradesh, police said, APA reports citing Xinhua.

The incident took place in the Choti Gudri area of Mirzapur district, about 288 km southeast of Lucknow, the capital of Uttar Pradesh.

"This morning in the Choti Gudri area five members of a family died in their sleep after the roof of their house collapsed," a senior police officer said.

"The victims include a couple, their two sons and a daughter."

Following the house collapse, rescuers rushed to the spot to carry out rescue efforts.

According to police, four bodies were retrieved from the debris, and search for the fifth one was underway.

Police said the house was an old construction.