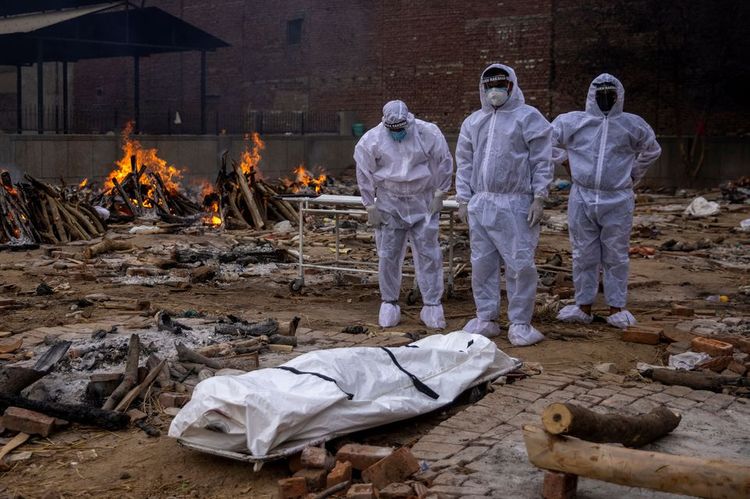 India’s coronavirus deaths rose by a record 3,780 during the last 24 hours, a day after it became the second country to cross the grim milestone of 20 million infections after the United States, APA reports citing Reuters.

Daily infections rose by 382,315 on Wednesday, health ministry data showed. Government modelling had pointed to a peak by Wednesday, a few days earlier than thought, since the virus has spread faster than expected.

The surge of the highly infectious Indian variant of the coronavirus has seen hospitals runs out of beds and oxygen and left morgues and crematoriums overflowing. Many people have died in ambulances and car parks waiting for a bed or oxygen.

India's government says there are enough oxygen supplies but distribution has been hindered by transport problems.