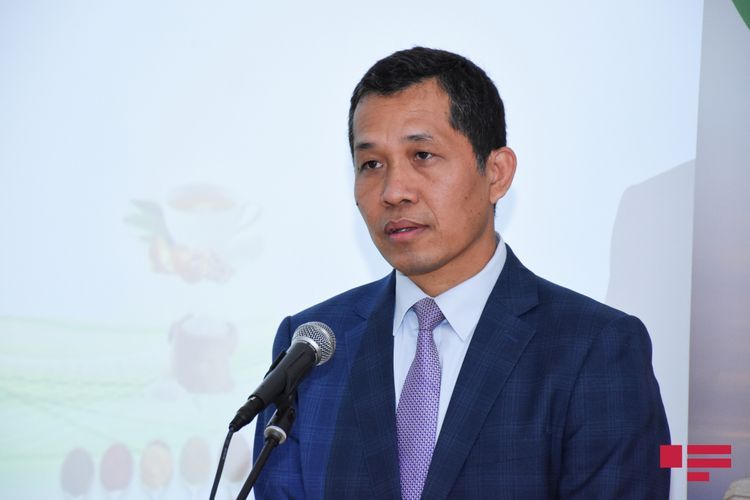 Giving an update on the positive developments in the Union Territory of Jammu and Kashmir Ambassador B.Vanlalvawna said that the various decisions taken by the Government of India during the past months have achieved the objective of  improving good governance and delivered all round socio-economic developments to the people of the Union Territory, the İndian embassy in Baku told APA.

Highlighting the latest developments, the Ambassador said that the adoption of the Jammu and Kashmir Panchayati Raj Act, 1989, which was amended and notified by the Ministry of Home Affairs, Government of India on October 1 and  by the Union Cabinet on 21 October 2020 has given political empowerment to the people. The amendment will strengthen local bodies with a three-tier power structure as it would allow the people of the Union Territory to directly elect their representatives as in other parts of the country. With the new change, the power to manage local bodies now will be with the people who will also have the authority to implement welfare schemes both at the district and block levels.

The Ambassador also said that the Government has recently approved extension of Market Intervention Scheme for procurement of apples in J & K for another year. The decision will provide an effective marketing platform to apple growers and will facilitate employment generation for the local people. It will ensure remunerative prices for apples resulting in overall income enhancement of farmers in J&K.

The reorganization of Jammu & Kashmir last year had brought in many positive developments, including the application of the Right to Free and Compulsory Education Act 2009 which has ensured that children of J&K have the right to be educated till the age of 14. The Juvenile Justice (Care and Protection of Children) Act, 2015 and the Protection of Women from Domestic Violence Act, 2005 to J&K have empowered women and protected children from exploitation and harm.

According to the Ambassador, since August 2019 the Government has taken various steps to provide employment to the youth of the state which include making available 10,000 jobs for accelerated recruitment at all levels in the first phase and plan for additional 25,000 more jobs in the future. The government has also established 50 new educational institutions with 25000 vacancies which is the largest addition in 70 years. A new health infrastructure worth US $ 1 billion which include 2 new All India Institute for Medical Science , 7 new medical colleges, 5 new nursing colleges and a state cancer institute are also expected to come up in the near future.