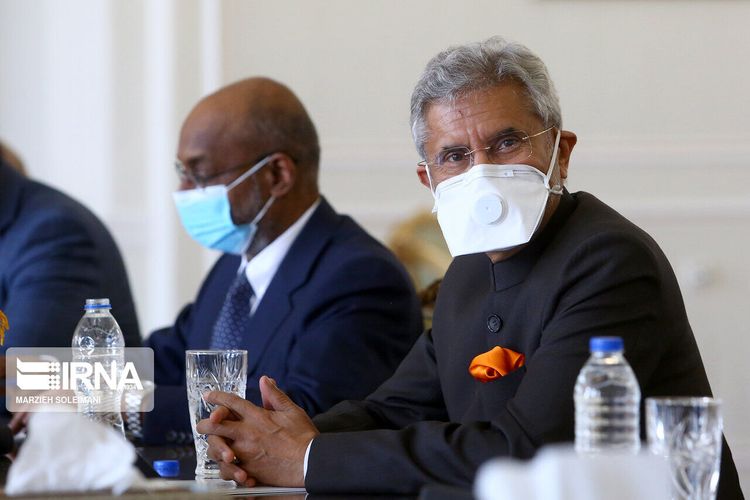 "A productive meeting with FM J.Zarif during a stopover in Tehran," Jaishankar wrote in his Twitter account on Tuesday.

"Discussed strengthening our bilateral cooperation and reviewed regional developments. Thank him for his gracious hospitality," he added.

Jaishankar's Tehran visit is taking place following the unprecedented arrival of the Indian Defense Minister Rajnath Singh to Tehran on September 6 when he held meetings with his Iranian counterpart Brigadier General Amir Hatami.

"During the talks, the two sides emphasized their resolve to further expand the bilateral ties in all aspects," he added.