Iran's Health Minister: COVID-19 under control in most areas 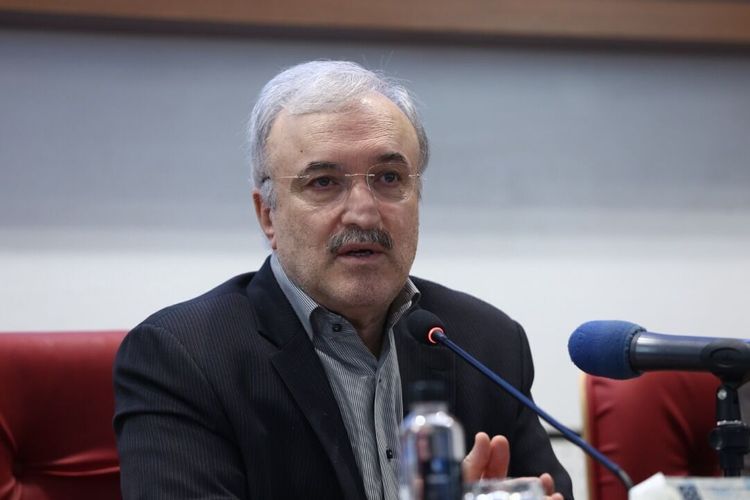 Speaking at a news conference, Iran's Health Minister Saeed Namaki on Tuesday 12 May said: "We have reached a better situation in the whole country. In the first days, I announced that we have three phases, the disease management phase, then the control phase, and then the disease control phase. Collaborative devices have achieved this success", APA reports citing Iran Press.

He went on to say: "My request to the people is to really observe the health protocols. In some provinces where a certain amount of social distancing was not observed and people thought that everything is normal, we had some problems."

Namaki elaborated that the biggest strategic mistake is to think that the Coronavirus is over warning, that Iran may return to bad situations at any moment, and this is a dangerous and deadly phenomenon for the country, which sacrifices this great honor for carelessness.

Namaki added: "Following the advice of the Leader of the Islamic Revolution and the concern that His eminence has raised, if possible, we should pave the way for the believers on the Nights of Ghadr to pray with more protocols in the mosques. Of course, Ayatollah Seyyed Ali Khamenei has always supported the approvals of the Corona National Task Forces and the observance of protocols Namaki also said that if possible, and if there is a way, and if the protocols allow, this should be done.

The Minister of Health said: "After Leader of the Islamic Revolution order, we had a meeting with colleagues and a new conclusion was made to have the protocol of reviving the nights of Ghadr with the presence of believers in the nights of Ghadr, observing the maximum protocols between 12:00 PM and 2:00 AM, and we have no doubt. Just as God's special mercy helped us to control the disease, so the prayers of the believers will surely accompany us in controlling the disease."

The Minister of Health said: "We have another meeting on the Holy Shrines on Wednesday and we hope to reopen them for the true believers in a more appropriate atmosphere."