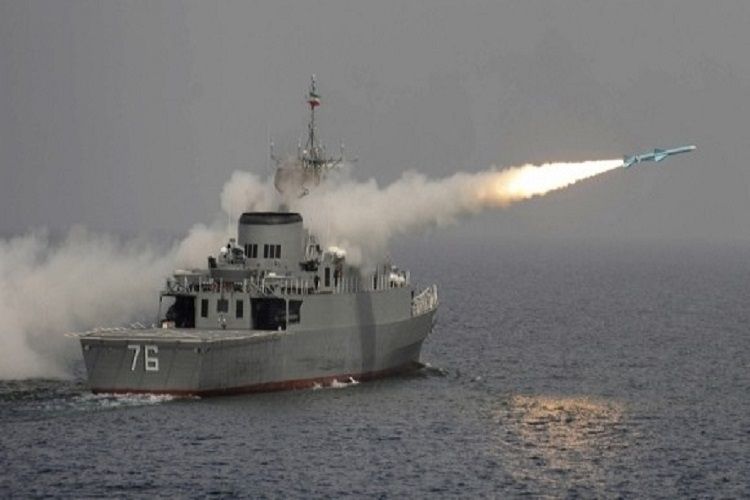 Nineteen sailors have perished and fifteen others sustained injuries after an Iranian missile accidentally struck a friendly ship in the Sea of Oman, Iran's navy said in a statement, APA's Tehran bureau reports.

"On Sunday afternoon, during an exercise involving a number of naval vessels in the waters of Jask and Chabahar, there was an accident aboard the Konarak light support vessel," the statement read. "The number of this accident's martyrs is 19; 15 have also been injured."

The Iranian Army Navy’s Public Relations Department on Monday confirmed that a serviceman was martyred and several others were injured during a naval exercise in the country’s southern waters, APA's Tehran bureau reports.

Yesterday afternoon, an incident happened to the Konarak support vessel during a naval drill with other ships in waters near Iran's southern Jask port, the department said in a statement.

The Konarak is a Hendijan-class support ship.

It added that one serviceman was martyred and several others were injured as a result of the tragic incident.

The Iranian Army’s Public Relations Department further said that the cause of the incident is under investigation.

At least one Iranian navy man was killed and several were injured in an incident on a military ship during a naval exercise in the Gulf of Oman, APA reports citing ISNA.

The Gulf of Oman is a particularly sensitive waterway as it connects to the Strait of Hormuz - through which about a fifth of the world’s oil passes - which in turn connects to the Gulf.

“The incident took place in the perimeter of Iran’s southern Jask port on the Gulf of Oman during Iranian Navy drills on Sunday. At least one person was killed and several were injured,” the broadcaster said, quoting the Iranian navy.

The semi-official Fars news agency said the incident took place aboard the Konarak support ship, a domestically made missile-launching warship that joined the naval fleet in 2018.

However, Iran’s semi-official Tasnim news agency said another ship accidentally fired a missile into the Konarak during a live-fire exercise.

An Iranian destroyer has reportedly opened fire on one of its own warships by accident, causing 'dozens of casualties', APA reports Dailymail

The friendly fire reportedly sank one of Iran's own warships in the Sea of Oman.

40 naval personnel are missing in the incident, according to local media reports this evening.