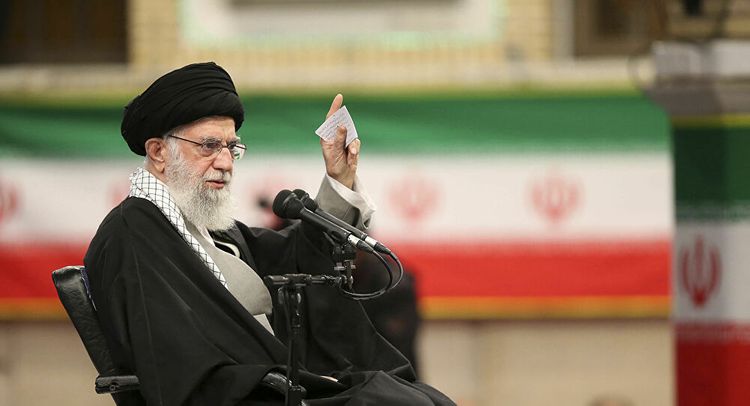 Iran’s Supreme Leader Ali Khamenei will not deliver his traditional New Year’s speech in the city of Mashhad due to the significant coronavirus disease (COVID-19) outbreak in the country, a statement on the leader’s website said, APA reports quoting Sputnik.

"The appearance with a speech by the supreme leader of Iran, which has always taken place on the first day of the New Year in the Imam Reza shrine [in Mashhad] will not take place this year," the statement read.

Iran’s New Year celebration, called Nowruz, is due to take place on 20 March. The decision to cancel this year’s speech was due to the coronavirus disease outbreak and was taken on the advice of health professionals who have warned against long-distance travel and mass gatherings.

The Iranian authorities have taken several steps to prevent the further spread of the disease, including temporarily closing schools and universities, and postponing cultural and sporting events. Friday prayers have also been canceled across the country in an attempt to curb further widespread infection.

Since 19 February, when medical authorities first confirmed an outbreak of coronavirus disease in the country, Iranian health officials have registered over 7,100 cases of COVID-19 in the country, resulting in the deaths of 237 people, 47 of which died in the previous 24 hours. Almost 2,400 people have recovered after being diagnosed.