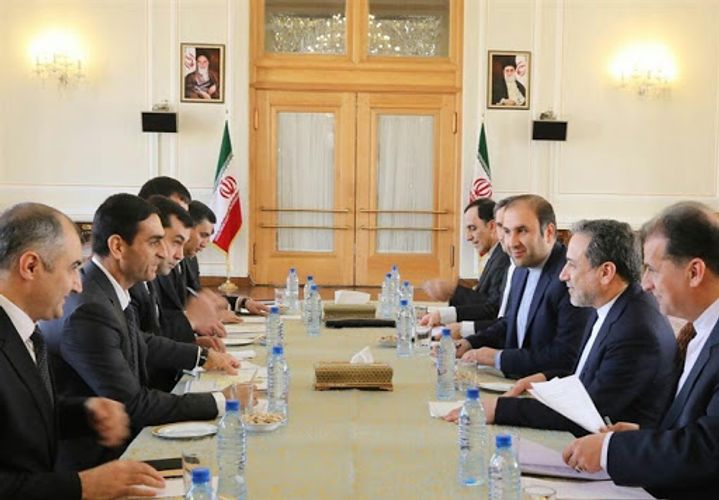 The deputy foreign ministers of the Islamic Republic of Iran and the Republic of Turkmenistan held a fresh round of political consultations via video conference on Tuesday, APA reports citing The IFP News.

In the online meeting co-chaired by Iranian Deputy Foreign Minister for Political Affairs Seyyed Abbas Araqchi and Deputy Foreign Minister of Turkmenistan Vepa Hajiyev, the participants discussed the latest status of political, economic, trade, and consular cooperation between the two sides as well as the regional and international issues.

Both parties emphasized the importance of bilateral relations between the two friendly and neighbouring states, and stressed the need for mutual cooperation and adopting prompt plans to remove the obstacles and problems caused by the coronavirus crisis.

Among the major agreements Iran and Turkmenistan came to in the meeting were the reopening of the rail and road border crossings between the two countries in compliance with the health protocols, cooperation in dealing with the economic impacts of the coronavirus global crisis, resumption of expert meetings between various economic organizations of the two countries via video conference, resumption of trade exchanges, and settlement of the transit problems.

The two sides also talked about the regional issues, including the developments in Afghanistan, and the regional security in the meeting.