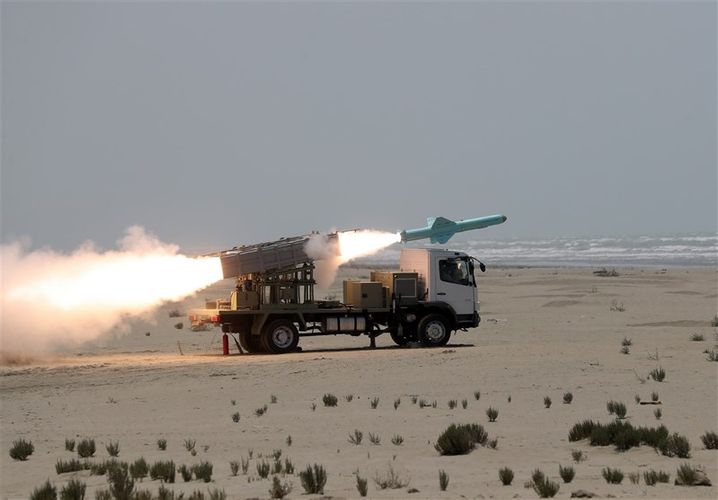 The Iranian Navy test-fired new homegrown cruise missiles on Thursday in a military exercise in the northern parts of the Indian Ocean to hit targets at a distance of 280 kilometers, APA reports citing Tasnim News Agency.

Iran’s Navy launched a naval combat war game in the Sea of Oman and the northern parts of the Indian Ocean on Thursday morning.

The long-range naval cruise missiles hit the targets at a distance of 280 kilometers. The range of the new homegrown missiles may be extended.

A variety of coast-to-sea and sea-to-sea missiles with short and long ranges were fired simultaneously from the coastal launchers and the deck of naval vessels, and they could successfully detonate the targets with great accuracy.

The Thursday war game was held on the fortieth day after the martyrdom of a number of Navy forces in an incident involving the Konarak vessel.