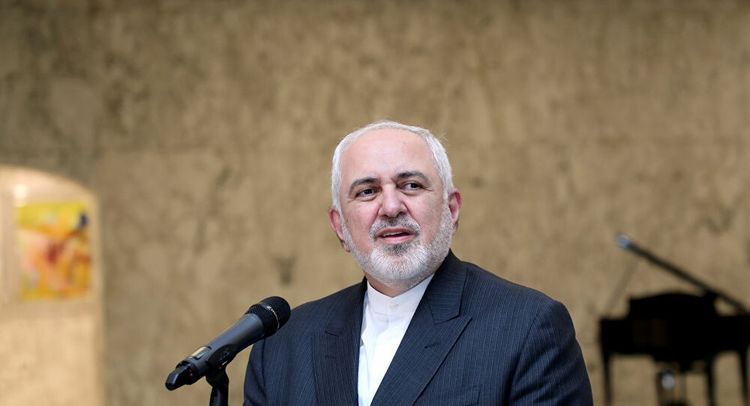 Iranian Foreign Minister Mohammad Javad Zarif sent a letter to the UN Security Council calling on the members to prevent the United States from attempting to re-impose United Nations sanctions against Iran because it is not anymore a participant in the 2015 nuclear agreement, APA reports quoting Sputnik.

"The notification by the United States is inadmissible. The Dispute Resolution Mechanism is only open to the actual JCPOA [Joint Comprehensive Plan of Action] participants", Zarif said on Thursday. "The UN Security Council should prevent the US - an unapologetic and serial violator of UNSCR 2231 - from unilaterally and unlawfully abusing the Dispute Resolution Mechanism, with the stated objective of destroying that very resolution - and along with it, the authority of the Security Council and indeed the United Nations".

Zarif has said the United States’ move to trigger snapback sanctions under the terms of the JCPOA was illegal because Washington unilaterally withdrew from the JCPOA in May 2018.

Meanwhile, Iran’s Ambassador to the United Nations Majid Takht Ravanchi told reporters that the US letter notifying the UN Security Council that Washington has started the procedure to invoke the snapback of sanctions on Iran has no legal standing, which makes the document inadmissible.

“The US is not a JCPOA [Joint Comprehensive Plan of Action nuclear deal] participant, and has no right to trigger the so-called snapback mechanism, and its arbitrary interpretation of resolution 2231 cannot change this reality”, Ravanchi said on Thursday. “Thus, we are of the firm conviction that the letter sent by the US today to the Security Council's president, and all references therein, is not in a void and has no legal standing and thus inadmissible”.

Ravanchi said that the US move attempted to mislead the global community and abuse the process to initiate the mechanism.

“This is nothing but illegal and political bullying”, Ravanchi added.

US Secretary of State Mike Pompeo informed the UN Security Council president on Thursday that the United States is starting the procedure to invoke the snapback mechanism and re-impose all United Nations sanctions against Iran.

US President Donald Trump told reporters on Wednesday that he had asked Pompeo to notify the UN Security Council that the United States intended to restore all snapback sanctions against Iran. The State Department said the sanctions would be re-imposed 30 days after the United Nations received Washington’s note.

The United States moved to re-impose all United Nations sanctions against Iran after failing to get the UN Security Council to pass a resolution to indefinitely extend the UN arms embargo on Iran.

The arms embargo is set to expire in October under the terms of the JCPOA nuclear agreement.