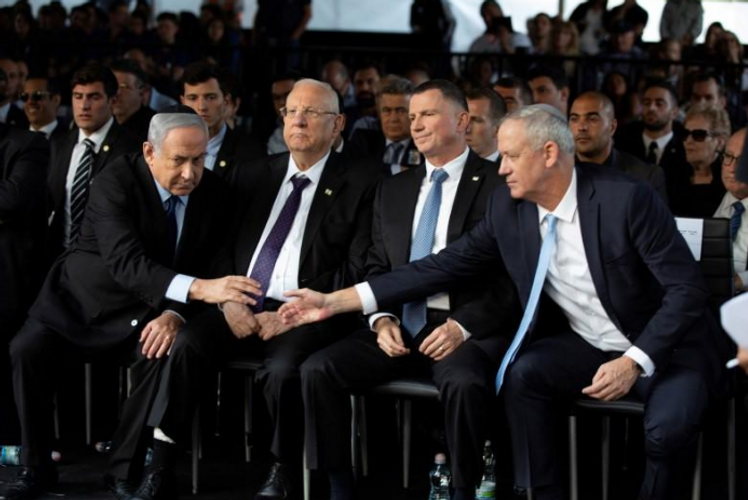 With the support of Netanyahu’s right-wing Likud and allied parties, former general Gantz left many of his own political allies fuming over the smoothing of a path to partnership with a prime minister under criminal indictment.

The surprise twist in 48 hours of political drama plunged Gantz’s Blue and White Party into disarray just 13 months after it came into existence as a coalition of centrist Netanyahu opponents intent on bringing down the 70-year-old right-winger who is Israel’s longest-serving prime minister.

Gantz’s move opened the possibility of a “rotation” deal in which he and Netanyahu would take turns as leader.

It follows a year of political deadlock in which a jaded Israeli electorate had voted in three inconclusive elections, with no appetite for a fourth.

Even more urgently, it faces the coronavirus pandemic that with more than 2,600 confirmed cases, 8 people dead and much of the country under partial lockdown, has hit the economy hard.

“These are not normal days and they call for special decisions. Therefore, as I’ve said, I intend to examine and advance, in any possible way, the creation of a national emergency government,” Gantz told parliament, accepting the speaker’s gavel.

His short speech followed a somber scene underlying the gravity of the health crisis in which parliamentarians walked into the Knesset’s near-empty main chamber one by one to vote, to maintain social distancing.