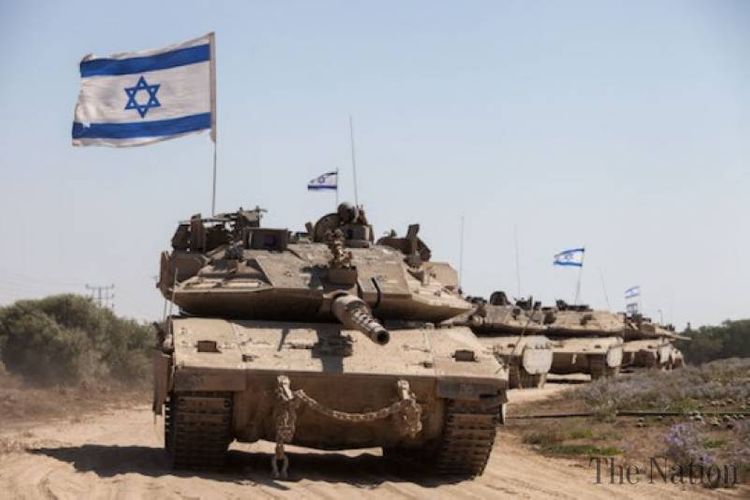 Tensions in the region have escalated following reports of a Hezbollah fighter being killed in southern Damascus by an Israeli air strike last week. The Israeli Army has since increased its presence along the border with Lebanon and Syria, and Prime Minister Benjamin Netanyahu issued warnings to the movement on 26 July, APA reports quoting Sputnik.

A source in the Lebanese Security Service told Sputnik that there have been clashes on the Lebanese-Israeli border. An armed detachment of Hezbollah fighters that appeared from the direction of the village of al-Ghazir tried to destroy an Israeli military convoy. The detachment was exposed and the IDF eliminated it. A firefight erupted and clashes between Hezbollah and the IDF are still ongoing, according to the source. Explosions can be heard in the area of the Shebaa Farms and the village of al-Ghazir; artillery is firing. Aviation is also involved in the clashes, the source said.

Earlier, the country’s Channel 12 reported that an exchange of fire had taken place on Israel's northern border. A military spokesman has confirmed that there was a security incident along the border and the Israeli military ordered residents in the area to remain indoors.

According to an Al Mayadeen report, the Israeli Army has opened fire on Lebanon's Kafershuba. The Israeli military is reportedly moving all troops and equipment to fortified positions on the Lebanese border.